“UK is Good at Digital…”

The priorities for the British military, as it continues the never-ending task of enhancing its digital capabilities, are clear. And so is the country’s Strategic Command’s appreciation of the challenges that lie ahead. “Our top three,” Maj Gen Tom Copinger-Symes, Director of Military Digitalisation within StratCom, told an audience at DSEI on 15 September, “are people, people, people […] And when I say people, I mean skills and I mean teams. And I mean teamwork […] We’ve got great people in defence […] In uniform, out of uniform; and we’ve got great industry. We’re good at digital in the UK. We’ve got to access that talent, and we’ve got to make it much more permeable to come in and out of government, but never feel that you’re leaving defence.”

Not only does the nature of digital technology mean that it underpins, connects and affects every domain simultaneously, but the skillsets required to provide digital services and ensure data and network security do not easily lend themselves to the traditions of relatively rigid specialities and career-development processes common in hierarchical organisations such as the armed forces. Copinger-Symes stressed the need, not just for the right people with the right skills to be identified and brought on board, but for the institutions themselves to adopt cultures that recognise these realities, and mean that institutions are configured in ways that can help nurture and develop talent.

This is as important in the military’s interaction with its industrial partners and suppliers as it is in terms of its relationships with its own personnel. While traditional procurements of big-ticket systems involve multi-billion-pound contracts with complex consortia, and are necessarily corporate, much innovation in digital technology comes from small and medium-sized enterprises – some, indeed, from individuals working alone. Defence has to be able to tap into this reservoir of skills, but is not always ready to operate in a way that makes this easy.

“Defence works on things called JSPs – Joint Service Publications – and defence standards, and defence contracting mechanisms,” Copinger-Symes explained. “We make them so incredibly difficult to find, let alone to read and absorb and to de-duplicate, that a lot of small and medium-sized enterprises just give up. It’s just too difficult.”

One of the mechanisms StratCom is constructing in an attempt to address this problem is the Digital Foundry. Copinger-Symes described this as “an ecosystem of digital innovation areas. The first important task the foundry is working on is delivering standards as a service. That is for the rest of defence, but also out to industry, in due course: so we can publish our standards in the way that any worthwhile industry in the world is doing at the moment – so that, if you want to work with defence, you can see what standard you need to build with, you can see what the rules of the road are, you don’t need to adopt the urban myth or believe the hype, you can just go online and find out. This is how the rest of the world works: we just need to make that much more open, much easier to understand.” 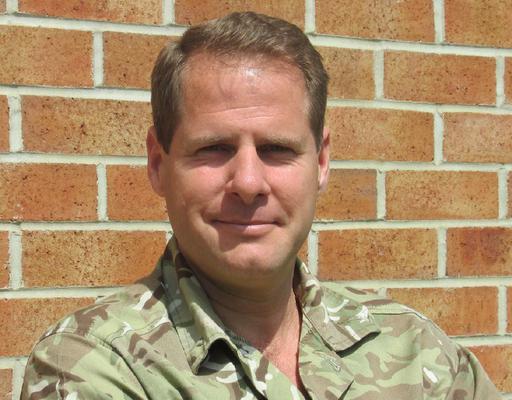