The company has previously delivered four complete baseline ORCUS systems to the RAF for the Synergia R&D programme, to also be used as a national standby capability in support of emergency services. Leonardo C-UAS technology was used by the RAF during the recent G7 summit in Cornwall.

The integration follows the compny’s delivery of four complete baseline ORCUS C-UAS systems to the RAF. ORCUS plays a key role in the RAF’s wide-ranging ‘Synergia’ R&D programme, managed by the DE&S Future Capability Group. ORCUS is also being maintained as a national standby capability, able to rapidly respond to a drone-based crisis anywhere in the UK in support of Emergency Services.

UK and US armed forces are collaborating on fixed site C-sUAS through the Synergia programme, and ORCUS operators have already amply demonstrated the capability of a coherent system, such as ORCUS/NINJA, to detect and mitigate the effects of dozens of small drone platforms in the airspace around airbases.

Developed by AFRL, NINJA can electronically take command of a hostile drone. Its integration into ORCUS provides another tool for operators to defeat rogue drones, in addition to the system’s existing 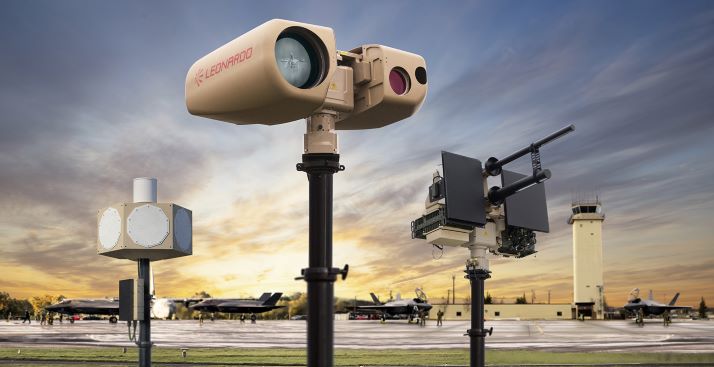