The company claims to be “disrupting the market with 5G mmWave wireless system solutions that are driving technological change to meet global connectivity needs, both now and in the future.” The trial evaluated the ability of these technologies to provide improved, secure and reliable communications in challenging environments.

IEEE 5G mmWave delivers peer-to-peer dynamic mesh networking, which allows for the tactical integration of multiple spectral sensor data, including radar, video, SIGINT and ELINT from multiple sources and in real time, providing tactical 5G for a multitude of operational requirements for the first time.

During the trial, the systems were interfaced with the networking systems of land vehicles and tested in a variety of simulated battlefield scenarios. The objective was to provide 360° communications coverage via mesh networking, to effectively deliver gigabit communications links between the vehicles. The capability was tested over a range of conditions, including travelling at high speed, over rough terrain and in congested environments with multiple obstacles. The mmWave systems were effectively able to deliver the agile directionality required to maintain a reliable communications network under all trial circumstances.

Mark Barrett, Chief Commercial Officer and Defence Lead, commented “The integration of multiple data sources and communications across a wide range of operations, including space, air, land, and sea, has been highlighted as a key strategic challenge for the future of military command and control, and these trials were designed to evaluate emerging communications technologies that could deliver against new paradigms for tactical communications that to date have not been possible […] Through the extensive testing and research we have conducted, we now know we can integrate multiple and even legacy communication networks with new AI data-driven command and control requirements to deliver tactical 5G in environments where it is needed the most, ensuring forces can conduct their operations safely and successfully.”

Tactical 5G military networks necessitate systems which are standalone, secure, and can be easily interfaced to existing tactical equipment. In contrast to commercial 5G networks, they also need to be resistant to single point of failure, and cannot rely on a network that would have compromised connectivity should the signal from a single tower be interrupted for any reason. IEEE 5G wireless mesh networks, based on open mmWave standards, offer the flexibility, security and reliability needed to enable a wide range of use cases in naval, space, air, and land forces to deliver next-generation gigabit speed to the tactical edge. IEEE 5G wireless is also enabling new use cases for tactical 5G networks, such as AI-driven and rapid deployable Command Posts.

Crucially, low SWAP [size, weight and power] for IEEE 5G-based systems is also compatible with the needs of vehicle-level and soldier-level deployment. Consequently, the complexity, power consumption and size for each element can be minimised and enhanced with new capabilities as technologies mature and evolve at different rates. 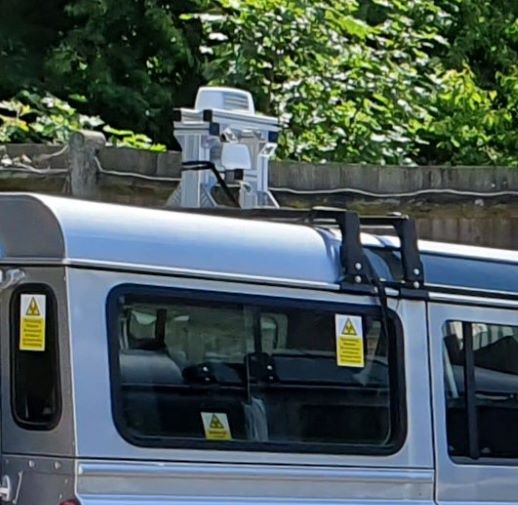