DSEI 2021: ‘All About Multi-Domain Integration’

A Forum for Reflection, Responsiveness and Resolution

“DSEI 2021 is all about multi-domain integration [MDI]: not just a buzz-phrase, but a serious effort to change the paradigm. The fundamental starting point is that it is no longer possible to approach operations on a siloed, single-service basis – MDI is the only viable route.” That succinct phrasing encapsulates two interdependent things: the underlying theme for DSEI 2021 and, scarcely surprising, the basic philosophy of Gary Waterfall, Senior Defence Advisor to the event.

His colleague, Jon Pentreath (Military Advisor) echoes that line of thinking, adding “The timing is really quite good. The [British] services are going through a reasonably dramatic modernisation programme, as a result of the Integrated Review, inter alia – and hopefully seeing a slowdown in the effects of the pandemic. DSEI offers them a perfectly timed opportunity to demonstrate their route to becoming ‘match fit’ for the future.”

Multi-domain integration (begging Gary’s pardon) does seem to be a bit of a buzz-phrase, in that it has risen from an obscure birth with frightening rapidity to supplant previous expressions that were less transparent – net-centric warfare, the land-air battle, the networked battlefield. And it does a better job at paraphrasing a complex issue; more importantly, it is a phrase that is here to stay. And DSEI 2021 may well have a role to play in establishing and perpetuating its longevity and utility. There can be few of the middle and senior ranks of exhibitors – except, perhaps, for the providers of vitally important but difficult to integrate items, such as socks, helmet liners, specialised containers – who will not push on the ‘MDI’ button when extolling the virtues of their solutions at ExCeL next week.

The acid test will be not whether industry has embraced the concept, but whether the military has done so in equal measure. And both Waterfall and Pentreath are adamant that ‘seeing is believing’ – that the services, who have embraced and supported DSEI with greater vigour than ever, are mutually supportive and fully engaged horizontally, so to speak, rather than defending vertical insularity and rivalry. “Stratcom will be unveiling a new strategy – a very inclusive one – at DSEI; each service is recognising and embracing the contributions of its peer services; each is engaging with all stakeholders to a far greater degree than has been the case in the past,” Waterfall observed to MON. “There is a genuine desire – and there has been for some time – to ‘make it happen.’ Better, faster, more innovatively. The secret is all about getting the balance right – and that is where I think there will be some enlightening activity at DSEI,” Pentreath added.

Alongside MDI, and to a degree likely to share the limelight with it, is the whole unmanned environment – ‘ecosystem’ is more than likely one of the descriptive nouns that will be applied to it. Whatever we call it, the unmanned phenomenon seems to go from strength to strength and DSEI is but a stepping stone on the journey, it seems. “Whether you like the ethics of remote warfare or not – it’s here to stay. The debates will continue to rage – and technological innovation will continue to astonish – but the major concern must be to ensure the human brain remains master of the machine – not a slave to it,” Waterfall stated.

Unmanned, of course, is only the tip of the iceberg. The larger – and more pervasive – issue is that of automation. A former HARRIER pilot, Waterfall illustrates the distinction between generations of platform: the original HARRIER radar warning receiver produced an audible tone in the pilot’s headphones, to which he had to react; the GR5/7 added a layer of machine diagnosis – “that’s an SA-8,” assisting pilot analysis; TYPHOON provides a series of pictures – radar, infrared, EW – the pilot interprets and decides; the F-35 does it all, pretty much delivering the answer/decision to the pilot for approval. Automation – despite the inherent dangers and the levels of distrust to which it gives rise in relatively uninformed circles – remains one of the only tools available to the armed forces by which they can achieve the increasingly complex and varied missions their political masters place before them – given the restrictions imposed by budget austerity, cultural shifts, recruiting challenges and operational complexity.

Perhaps the biggest ‘takeaway’ from DSEI – if it proves true to form – will be the issue of technology insertion. Some pundits treat this as if it is a new paradigm – which it decidedly is not. “Big programmes – aircraft carriers, combat aircraft – have to last up to 50 years. So they are all about technology insertion over time. But that is nothing new – the QUEEN ELIZABETH carriers featured a great deal of technology insertion, due to the length of the build programme,” Pentreath commented. The greatest challenge, perhaps, in the weeks and months following the next intensive week at ExCeL London, will be to decide on which lessons learned are the most important – and how easily and swiftly can they be implemented. 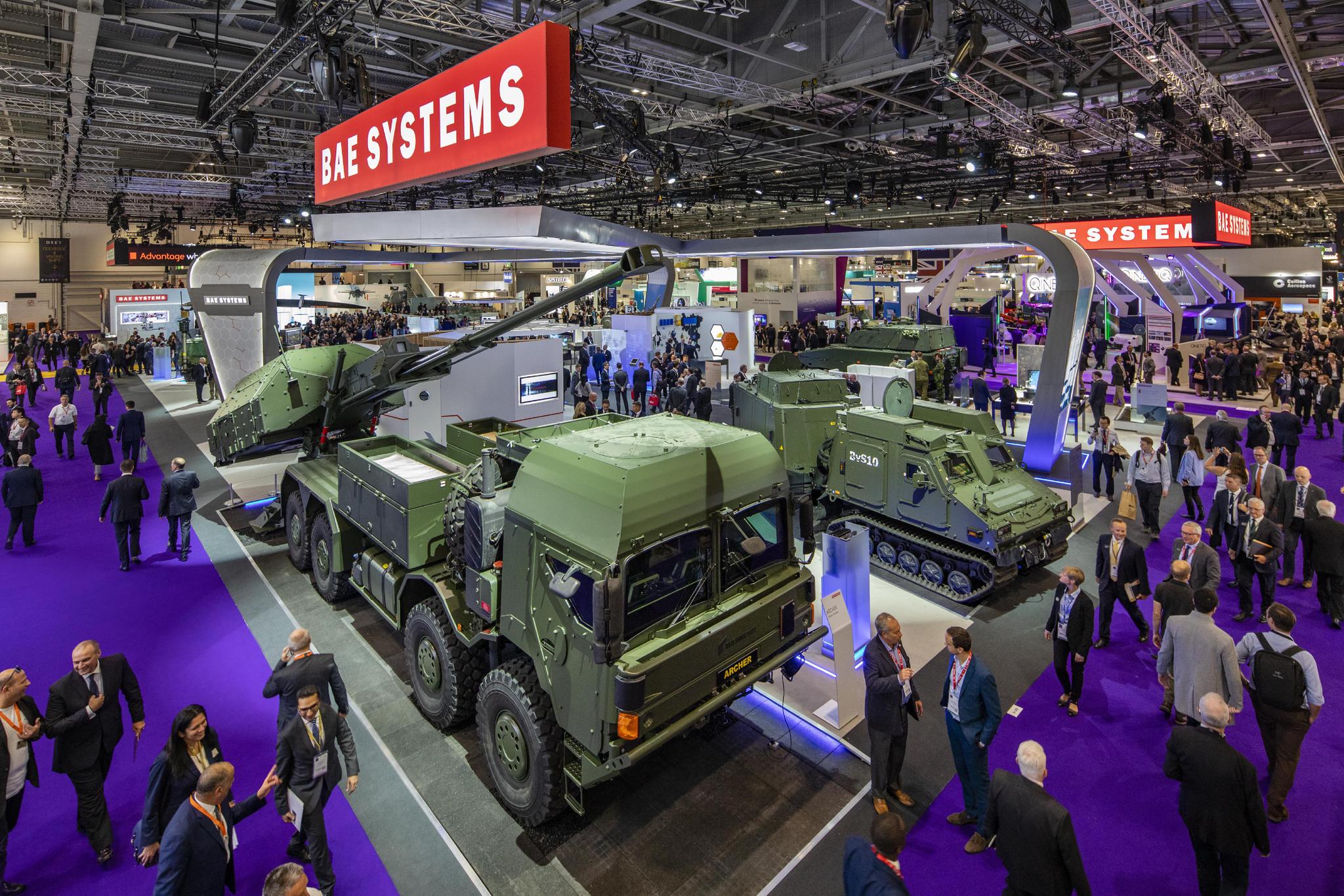 DSEI continues to provide a forum for debate, discussion and decisions. (Photo: DSEI)