During DSA 2018, held in Kuala Lumpur this week, Randy Nance, Dillon Aero’s International Business Development Manager spoke to MONCh and provided an update on the company’s prospects in the Asia Pacific region for its 7.62mm M134D and Hybrid M134D-H miniguns. Mr Nance said that ever since the Malaysian Army purchased the Hybrid M134D-H, interest in the guns have picked up among South-East Asian nations in regard to mounting the guns on vehicles, boats and helicopters, with strong prospects in Thailand and Mr Nance added that he is also working on gaining sales in Indonesia.

One problem for the company though is the perception of the Dillon miniguns being the same as the legacy General Electric manufactured M134 minigun. “That’s one of my major challenges,” said Mr Nance. “Countries like the Republic of Korea, which previously used the GE guns in the past, which had various problems, think that our guns are the same and will have the same shortcomings”.

Mr Nance said that in relation to Malaysia, he is currently working on speaking with the Royal Malaysian Air Force in regard to having the Hybrid M134D-H on their H225M helicopters in the door gunner position. He also stated he was looking forward to Malaysia’s MD530G light attack helicopters arriving sometime this year as these have the Hybrid M134D-H among their weapon systems and will further highlight the weapons to regional countries considering armament options for their helicopters.

Currently the Malaysian Army fields the Hybrid M134D-H on three different platforms, on a rooftop turret on the AV4 Lipanbara MRAP, in the door gunner position on the AW109 helicopters and on a rooftop mount on some of its fleet of GK-M1 4×4 tactical vehicles. The Hybrid M134D-H will be mounted on some of the 4×4 Condor APC fleet should the upgrade programme for the CONDOR be carried out. 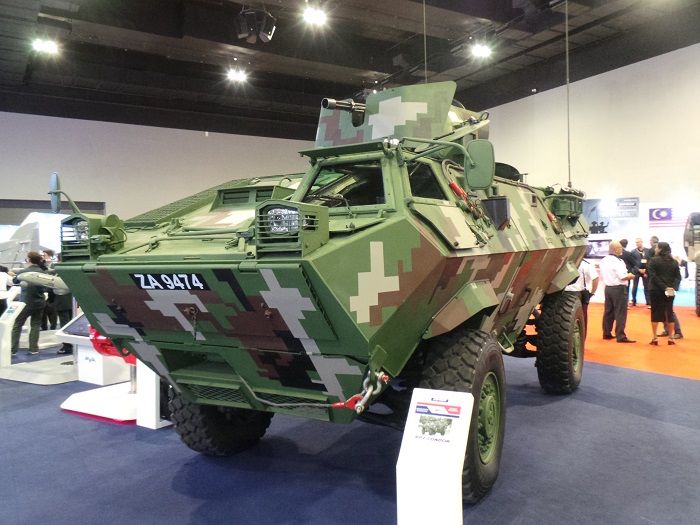