Six KEDAH-class NGPVs based on the MEKO 100 design were built by Boustead and entered service with the RMN starting in 2006, the RMN’s 15 to 5 plan calls for another 12 ships of this class though it has long been assumed that these additional 12 ships would be more heavily armed with anti-surface and anti-air missiles which were fitted out for installation on the KEDAH-class but never installed in the end owing to budget considerations.

However, the BHIC official stated that the RMN has actually decided that the 12 additional ships would not need such armaments given their planned roles would be EEZ and maritime enforcement patrol rather than being a front line combatant. Part of the decision stems in regard to cost considerations and the need to obtain more hulls for the RMN to enable it to cope with its peacetime tasks of patrolling Malaysia’s waters and preventing illegal fishing, piracy and seaborne cross border raids from armed groups in the Philippines. Opting for a lesser armed ship puts the second batch NGPV coming in at a projected price of less than RM500 million (U$128 million) a ship. The second batch NGPV will continue to use the MEKO 100 hull which BHIC has an IP license for but the ship’s superstructure will be modified to provide a lower radar cross section profile.

Meantime, the conceptual Revolutionary Littoral Mission Ship (RLMS) design is BHICs proposal for the follow-on to the four Littoral Mission Ships to be built by BHIC and China Shipbuilding & Offshore International Co (CSOC) and is BHIC’s own design based on discussions with the RMN as to the operational and mission requirements for follow-on LMSs after the first batch of four.

The BHIC official would only state that using BHIC’s own design would better meet Malaysia’s goal of developing a self-sufficient defence industry capable of making its own indigenous products when queried as to why the follow on ships will not use the CSOC design. Under the 15 to 5 plans, a total of 18 LMS are projected for the RMN fleet though only the first four have been funded and contracted for.
The RLMS will incorporate a flight deck capable of light to medium helicopters unlike the first batch of LMS which does not have a flight deck. Owing to the flight deck, the RMLS will also have a length of slightly above 70m in contrast of the first LMS batch whose length is 68 metres. Armament will be in the light category of a 40mm or less main gun based on the RMN’s preference. 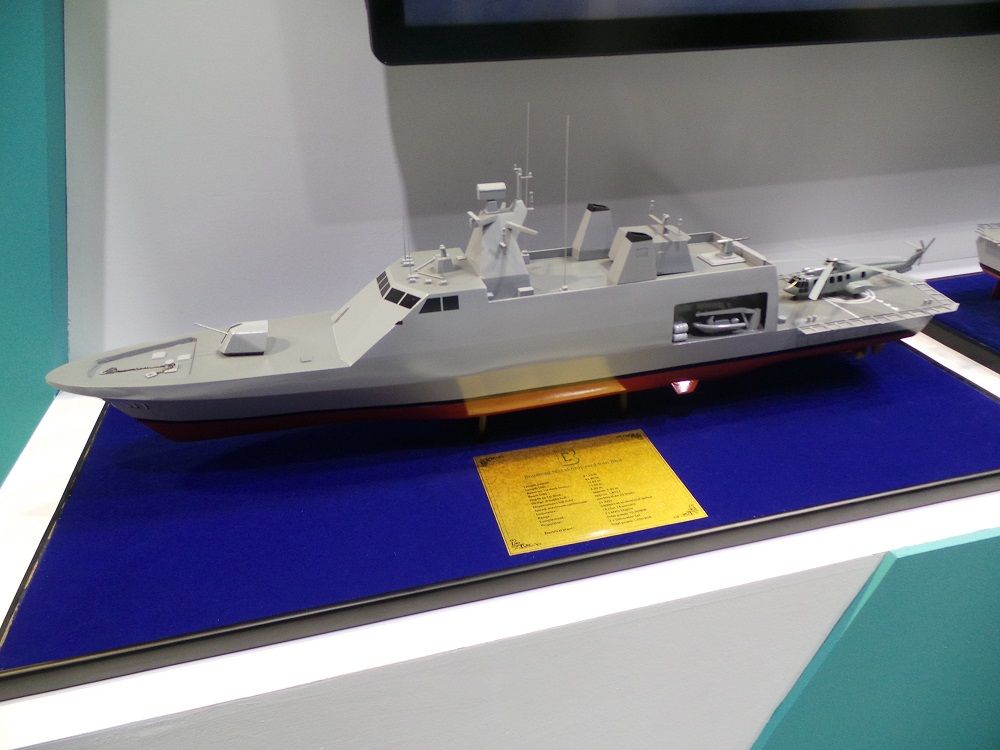