Local Assembly on Offer if Selected

Nexter and Advanced Defence Systems (ADS) are joining forces to meet a future Malaysian Army requirement for self-propelled howitzers (SPH). The companies signed an MoU during DSA 2022 in Kuala Lumpur to collaborate in proposing Nexter’s Caesar 6×6 SPH to the army.

The 155mm Caesar, which has a rate of fire of up to 6rpm, is mounted on a 6×6 truck chassis. It can be transported by air, landing ship, and train, and has been in service with several users, including the French Army, since 2009.

If successful in their bid, the French and Malaysian companies said the artillery system would be assembled in Malaysia, as were the 18 105mm LG1 towed guns acquired by the Malaysian Army. The LG1s, delivery of which has been completed, are being used by the service to boost indirect, long-range, and coastal fire support.

The MoU signing comes after Nexter announced on 19 February it had secured a contract from France to develop the next-generation Caesar 6×6 Mark II. The deal includes an initial four-year development and qualification phase, after which the new artillery system is set to enter production. 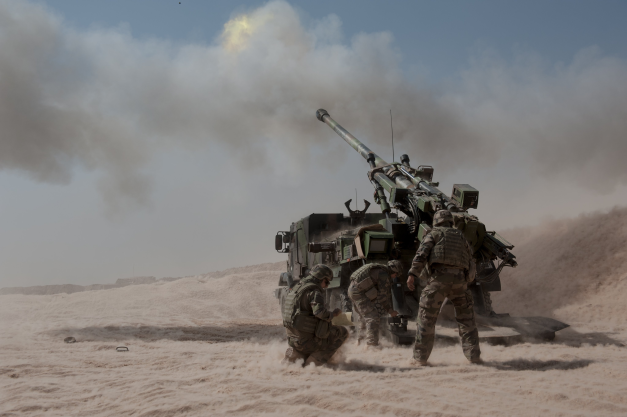