$600,000 Order for Evaluation Quantity of DroneSentry

DroneShield has received an initial order for a variant of its DroneSentry system for a defence agency of a member of the ‘Five Eyes’ intelligence community – which consists of Australia, Canada, New Zealand, the UK and the US, the company announced on 13 December.

Valued at $600,000 (€532,000), the procurement takes the form of an initial order, aimed at testing the solution’s suitability for the end-user’s specific requirements, in anticipation of larger procurements. DroneShield will work collaboratively with the customer in an agile manner to engineer any refinements to the software, in turn continuing to improve the offering to all defence and intelligence users, who often have similar requirements.

Oleg Vornik, DroneShield CEO, explained there are several reasons to feel excited about the order. “First, there is a significant potential for large follow up systems to this customer, both this system configuration and cross selling of our other products […] Second, this is another validation of our AI-enabled [SIGINT] DroneSentry platform, [using AI across multiple spectra], including radio frequency and computer vision, to enable threat awareness and dominance [for] the defence customer, who is faced with the need to collect and process enormous volumes of data from multiple domains. Importantly, the computer vision element also incorporates machine learning models in the long-wave infrared spectrum (LWIR) – this is in addition to more conventional electro-optical and night-vision sensors.

Over its development period, DroneShield has accumulated a substantial number of complex datasets across various domains to optimise its algorithms, along with proprietary techniques for smart marking of the data, as well as techniques to maximise the efficiency of available data, including via creation of synthetic datasets. This, together with enriching our defence customers’ own proprietary data and analytics via DroneShield’s modern, robust APIs, enables DroneShield to continue its lead in [AI] protocol development.

The sold system incorporates both hardware and software, including SaaS [software as a service]. The hardware includes computing at the edge, reducing the time-lag and dependency on central systems. It also utilises DroneShield’s proprietary field-programmable gate array (FPGA) techniques, substantially reducing size and increasing efficiency compared to conventional computing chips.” 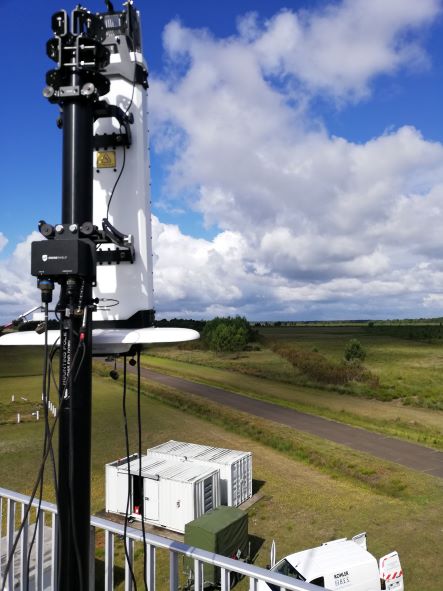