Diamonds in the Rough

The Austrian company Diamond Aircraft has been displaying its newest products – the Diamond Aircraft Reconnaissance Trainer DART-450 and the DA62 MPP (Multi-Purpose Platform) – at the Paris Air Show.

Two DART-450 have been produced so far, and three have been ordered by an Asian customer, which would be interested in buying more when certification processes will be accomplished. In effect, the aircrafts feature a Ivchenko-Progress/Motor Sich AI-450S turboprop, recently certified by the Ukrainian civil aviation authority. Nonetheless, the company is working on new versions to be powered by General Electric aviation engines (HXX family).

An aircraft mounting a 550hp turbine is expected to roll-out by August/September 2017 (probably the version sold in Asia), another variant with a 750hp engine will follow. Diamond hopes the aircraft mounting the GE engines will soon be certified by the European Aviation Safety Agency, so that certified versions could be delivered by September 2018. Further possible customisations include the cockpit (Garmin G3000 is the standard version offered by the company) and the ejection system (Martin-Baker Mk16 ejection seats or a Zvezda pneumatic escape system).

According to the company talks are ongoing with a number of potential customers it met at the Paris Air Show, and production could rump up to 50 aircrafts per year.

The DA62 MPP is based on the DA42 aircraft fleshed out through more cabine volume and heavier payload. The two Austro Engine AE330 jet fuel engine provide a 10+ hours endurance and a 14,000ft service ceiling. The nose of the DA62 MPP can accommodate large electro-optical cameras (up to 220lbs), a satellite communication pod (L-, Ku- and Ka-band antennas) and radar payloads (up to 110lbs). Hence, depending on configuration, the aircraft can accommodate up to seven passenger, or two pilots, two mission operators and a suite of sensors for surveillance and reconnaissance. The aircraft is expected to perform SAR and border patrol missions, but it has raised interest in the offshore oil and gas industry as well.

One DA62 per month is actually produced, yet no order for the MPP version has come so far. The company is confident it will be able to leverage on the previous experience of DA42 MPP, of which more than 100 have been sold to both governments and commercial operators.

To sum up, according to Diamond, the DART-450 and DA62 MPP would offer a cheaper alternative to, respectively, the Pilatus PC-9 and the Beechcraft family of multipurpose aircraft, yet without sacrificing performance nor payload. Moreover, the all composite airframes will ensure a long service life in comparison to previous aluminium aircraft. 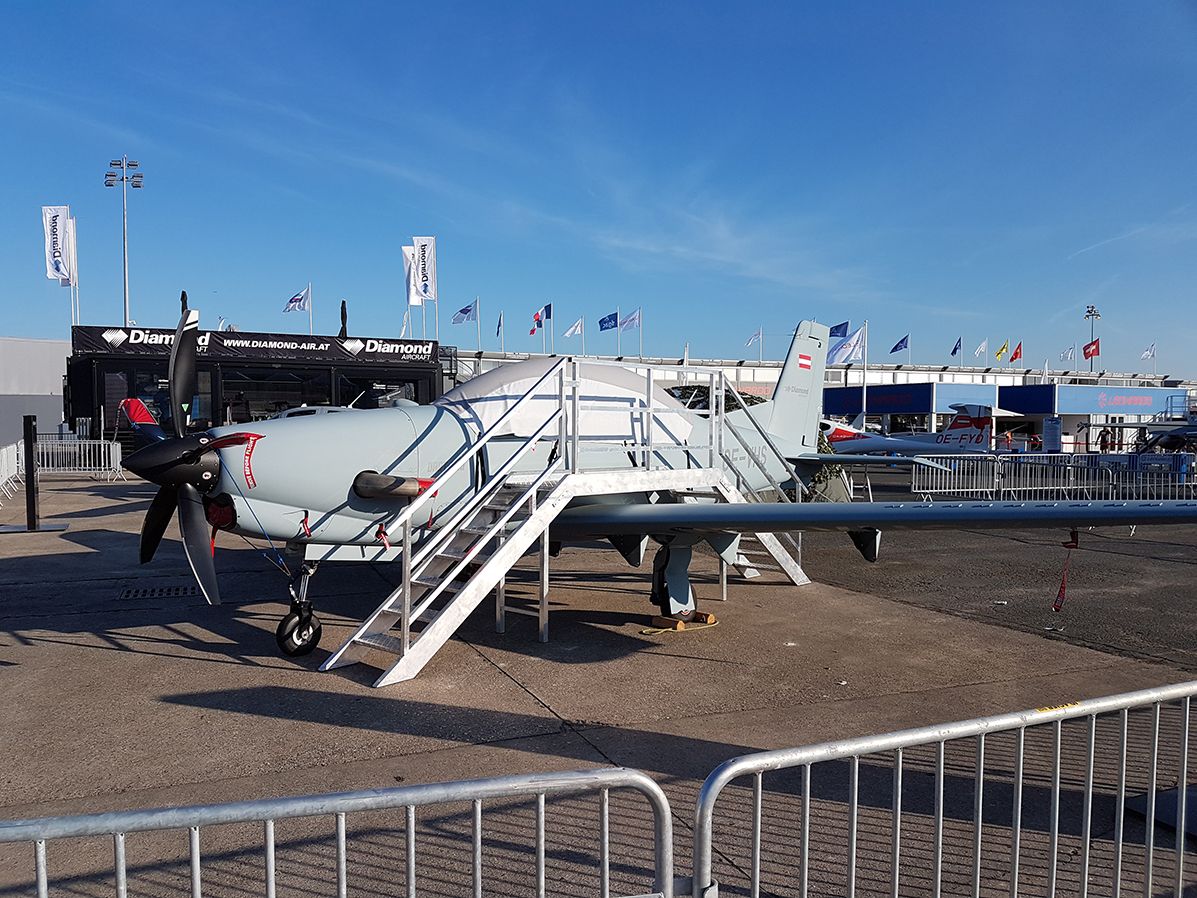