Germany to increase defence spending by 80% by 2024

On 20 June, German Defense Minister Ursula von der Leyen and US Defense Secretary James N. Mattis met at the Pentagon to reaffirm the long-standing defence relationship between both countries.

In a statement summarising the meeting, Chief Pentagon Spokesperson Dana W. White said the two leaders discussed a broad range of defence issues, and that Mr. Mattis thanked Mrs. non der Leyen for her country’s commitment to NATO, the coalition to defeat the self-proclaimed Islamic State terrorist group, and the United Nations (UN). “They discussed German efforts to increase defence spending and agreed on the need for all allies to focus on readiness and investments,” she said.

Mr. Mattis praised Germany for its leadership across the alliance and congratulated her on Germany’s recent election to the UN Security Council, Mrs. White said. The Defense Secretary noted Germany’s position as the framework nation in Afghanistan’s north and as host for NATO’s new logistics command, as well as its contributions to NATO’s enhanced forward presence mission in Lithuania.

Germany hosts the largest US troop presence in Europe and the second largest in the world, and Mr. Mattis thanked Mrs. von der Leyen for her nation’s hospitality to US forces and their families. “I also note Germany’s material and financial support for the UN stability mission in Mali, as well as France’s G-5 Sahel joint force supporting the counterterrorism mission in North Africa,” Mr. Mattis said. “Germany’s responsible voice carries great weight. Where it’s exemplified, we see a unity of shared democratic values from Europe to the Far East.”

Germany announced earlier this month that it will increase its defense spending to 1.5% of gross domestic product (GDP) by 2024, but will fail to meet its NATO spending obligation of 2 percent. Speaking in Washington after the meeting, she said Germany still has the NATO spending target firmly in its sights, adding that the German government has covered, “a part of the stretch,” towards this goal.

“I think they are on the right track,” Mr. Mattis said to this. “We welcome the announcement that Germany wants to increase its defence spending by 80% by 2024.” It is doubtful this will happen with defence spending is hugely unpopular in Germany. Berlin and Washington have been arguing for months regarding Germany’s defence budget, which was 1.24% of GDP last year, and US President Donald Trump blasted Europe’s defence spending at the recent G7 meeting in Canada. The US currently pays 22% of NATO’s spending budget, by far more than any of the other 28 members of the group.

Jens Stoltenberg, Secretary General of NATO, also pressed Germany to increase defence spending, given its stable economy, but agreed with Chancellor Angela Merkel that there should be, “trans-Atlantic unity,” between the allies.

The meeting was right after Mrs. von der Leyen met with French Armed Forces Minister Florence Parly signing two Letters of Intent (LoI) on the Main Ground Combat System (MGCS) and the Next Generation Weapon System within a Future Combat Air System (FCAS). These two LoIs materialise the will of France and Germany, expressed in particular during the Franco-German Council of Ministers of July 2017, to jointly build the weapon systems of the future, and to act towards the construction of European defence.

FCAS will be an air combat system of the 21st century, bringing together a new multi-purpose combat aircraft, adapted to contemporary air threats and exploiting the potential of artificial intelligence, with network-based combat capabilities, including of different types of drones. It should begin to enter service by 2040. The LoI sets the goal of launching a study phase by no later than the end of 2018. In this phase, work on the overall architecture will be accompanied by the rapid launch of demonstrations. These technological actions will have to prefigure, by 2025, the concepts to be retained for the future operational system. The LoI designates France as the lead nation on the project. It also provides for other partners, especially European partners, to join in the project. Regarding the MGCS, please see story here.

Earlier this month, Mrs. von der Leyen met with her Singaporian counterpart Defence Minister Ng Eng Hen on 2 June, signing an enhanced Defence Cooperation Agreement on the sidelines of the Shangri-La Dialogue, building on a pact signed in 2005. The new agreement consolidates key areas of existing cooperation between the two countries and paves the way for future cooperation particularly in non-conventional security areas. 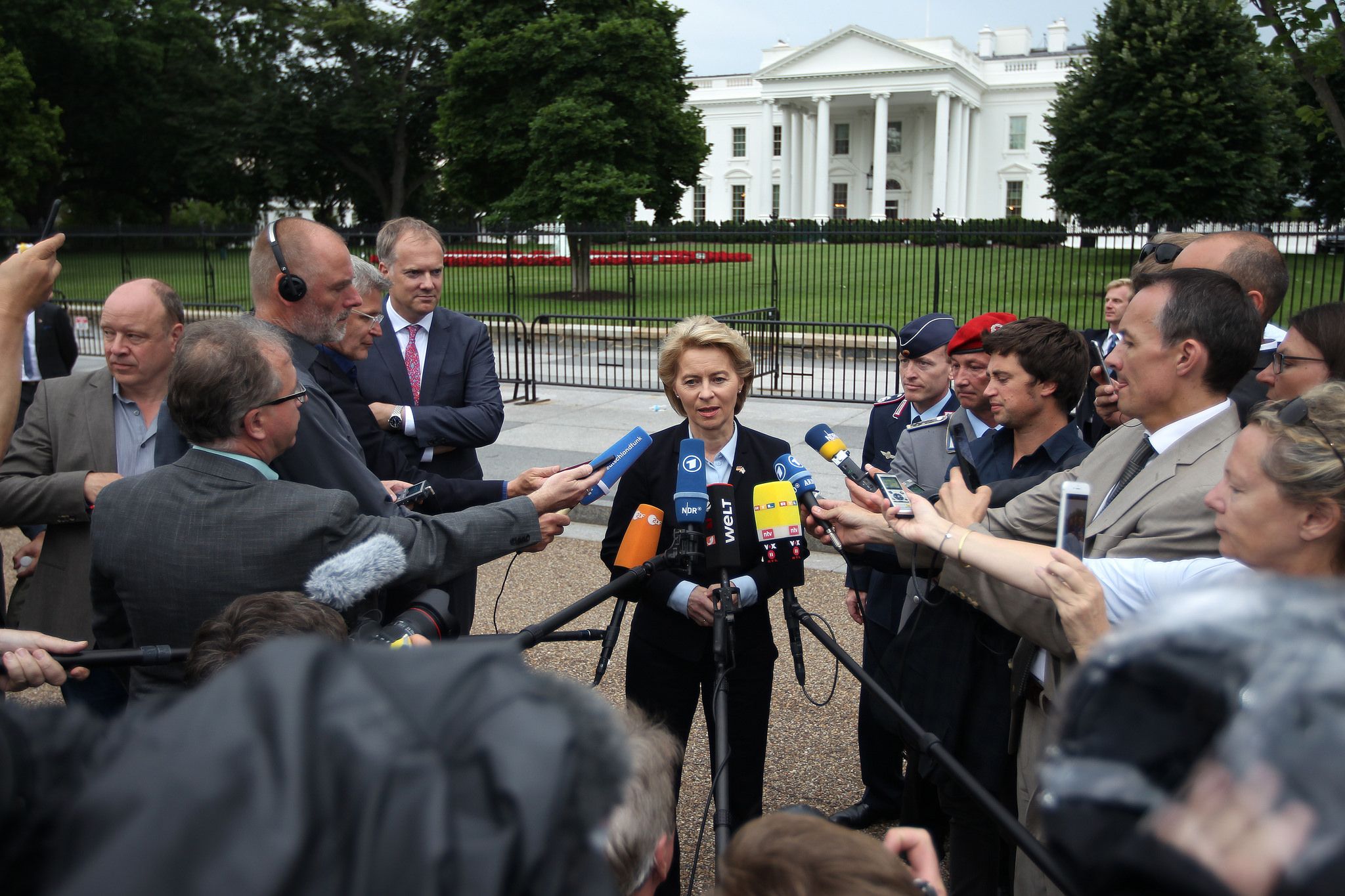