The EU welcomes Denmark’s “historic decision” to join the EU defence ‘family’, which has a great symbolic meaning of unity amid the conflict in Ukraine, and represents a fresh contribution in terms of capabilities, EU top-level officials have said.

On 1 June, 66.9% of Danish voters decided in a referendum to lift the country’s 30 years of opt-out from EU defence, paving the way for Copenhagen’s participation in CSDP policies and missions and the EDA’s activities. The move, influenced by the current geopolitical situation, comes just as Denmark’s ‘Scandinavian colleagues’ seek accession to NATO.

Besides Denmark’s geographical strategic importance – the Jutland peninsula ‘closes’ the Baltic Sea and Denmark has, taking Greenland and the Faroe Islands into account, the fourth longest coastline in the world – the country has high-level capabilities and a modern and ambitious defence industry, especially naval. At the same time, the end of the opt-out considerably benefits Copenhagen which, according to its 2021 Defence Industrial strategy, aims to further develop its military industry and intends to take full advantage of the ‘rising tide’ of EU defence.

On a practical level, the country will immediately join CSDP policies and EDA, following a formal notification to the EU by the Danish authorities. As for which missions the country might be interested in, this is yet to be decided, even though “it would be a no-brainer saying that naval operations might be of interest to Denmark“, as an EU official stated on 2 June.

As for EDA projects, Copenhagen will choose according to its needs, but it might decide to join the most popular ones, such as cyber defence, military mobility or maritime surveillance. The nation will also be able to participate in the new Hub for Defence Innovation and some joint procurement activities. To become part of PESCO, however, additional procedural moves will be required by Copenhagen – and the CARD review will need to be discussed first.

Besides rights, Denmark’s decision will also imply some financial obligations, including contributions to budgets of the EDA, and military missions and operations under the European Peace Facility. 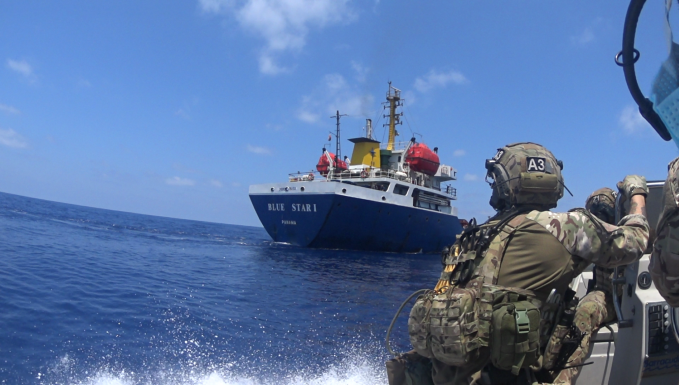 EUNAV FOR MED Irini, one of the main EU CSDP missions. (EEAS)