Previously a capability available only to those nations which could afford the expense of developing and launching COMINT-gathering satellites, private-sector concerns such as Kleos and HawkEye360 are looking to change this. The former announced that this year it will place a single COMINT gathering satellite into a Low Earth Orbit (LEO). LEO satellites typically reside at an altitude of 2,000 kilometres (1,200 miles) or less. The company states that this will then be followed by a constellation of 20 similar spacecraft.

Kleos’ work reflects a growing reality that space-based SIGINT collection is being democratised. An article by Cortney Weinbaum, Steven Berner and Bruce McClintock entitled ‘SIGINT for Anyone: The Growing Availability of Signals Intelligence in the Public Domain’ published in 2017 by the RAND Corporation, a California-based think tank, argued that “SIGINT has been democratised” and is “available to anyone.” The authors observed that over the past ten years Geospatial Intelligence (GEOINT) has become progressively more available to the citizen. This has been due to the proliferation of companies and organisations sharing satellite imagery online, such as Digital Globe and GeoEye. Observing the ramifications for GEOINT, the authors posited that it “has impacted the quantity and types of overhead imagery capabilities the US government builds and operates.” They continue that governments can now rely on commercially-provided IMINT for day-to-day requirements, and instead use dedicated national assets which require more sophisticated intelligence-gathering capabilities as and when required: “While more limited in scope, developments in non-governmental owned SIGINT may enable similar changes.”

Kleos states that it will launch and operate its forthcoming spacecraft and will provide SIGINT data on a commercial basis to government and commercial customers. The products will be provided in the form of emitter information overlaid on a map. This data will be refreshed once every ten to 24 hours, the company’s website says, using the first spacecraft. This could reduce to a refresh rate of every 30 minutes with a constellation of ten satellites. Key to the firm’s approach is what it refers to as ‘Activity Based Intelligence’. This rests on fusing COMINT collection with imagery intelligence of what is happening on the ground. Kleos continues that its software contains tools which will identify the normal ‘pattern of life’ in a given area, and then flag events out of the ordinary. For example, a suspect’s house has a sudden increase in communications activity. Does that indicate that a meeting is taking place, or that an incident is about to occur?

Kleos is not the only firm involved in the provision of private sector SIGINT. Virginia-based HawkEye360 owns a constellation of three satellites, known as Hawk-A, Hawk-B and Hawk-C. All of these are positioned in a low Earth orbit. All three were sent aloft on 3 December 2018 onboard a SpaceX Falcon-9V1.2 Block-5 rocket launched from the Kennedy Space Centre in Florida.

The three satellites were part of a payload of several other spacecraft. It was revealed by the company on 26 February that the first RF (Radio Frequency) signals were geo-located by the constellation. HawkEye360 announced that these satellites were now providing signals intelligence information to customers including defence, intelligence and private sector clients. Part of the ‘secret sauce’ of HawkEye360’s approach is to use the three satellites positioned in a ‘formation’ spaced between 54 nautical miles/nm (100 kilometres/km) to 108nm (200km) from each other. Software defined radios outfitting the satellites receive the RF signals and by computing the time difference of the signal’s arrival at each satellite it is possible to derive the location of the signal source.

Adam Bennett, product marketing director for Hawkeye360, told MONCh that the three spacecraft cover a waveband of 144 megahertz/MHz to 15 gigahertz/GHz. This enables the detection and geolocation of a wide array of signals. These can include conventional Very/Ultra High Frequency (V/UHF) civilian and military communications transmitting across a waveband of 30MHz up to three gigahertz. Cellphone transmissions also fall within this bandwidth as do satellite communications from a number of private sector operators including Thuraya, Iridium and INMARSAT. The company highlights that it can detect signals transmitted by the Automatic Identification System (AIS), which uses a waveband of 161.975MHz to 162.025MHz. The AIS is mandated by the United Nations’ International Maritime Organisation for all vessels displacing 300 gross tonnes of more. Vessels transmit specific information regarding their identity, voyage and status across this radio link via satellite. Recent years have seen reports of so-called ‘AIS spoofing’ by which erroneous data is entered into a ship’s AIS either deliberately or accidentally which masks the vessel’s identity. The asset of using services like those provided by HawkEye360 is that while a ship’s crew may enter incorrect AIS information, the position of the vessel can still be easily detected. This is because the HawkEye360 constellation ascertains the source of the actual transmissions as opposed to trusting the information enclosed in those transmissions. Such a capability allows the firm to “find and track dark ships, which can sometimes indicate vessels that are engaged in activities like smuggling or illegal fishing,” Mr. Bennett observes.

The current constellation has a global footprint: “Our large field of view allows us see every point on earth multiple times per day,” says Mr. Bennett. As noted above, the services offered by the company appeal not only to defence and intelligence customers: “While the government sector is a major driver, the broad range of customers we seek to serve include defence, law enforcement, maritime, insurance, telecommunications, and environmental non-profit.” Alongside its monitoring of AIS transmissions, the HawkEye360 satellites can help search and rescue missions by detecting transmissions from emergency beacons. These will typically transmit a frequency of 406MHz; a waveband reserved by the International Telecommunications Union, for use by such devices. Another useful attribute of the constellation is that it can quickly assess intact telecommunications infrastructure after a natural disaster. This can be done by ascertaining which communications nodes, such as cellphone towers for example, are still functioning. This will allow first responders to anticipate what communications systems they may have to deploy to compensate for lost infrastructure, as well as aiding long-term recovery efforts by understanding the systems which must be repaired and those which do not.

The company sees growth potential over the long term: “We will continue to expand our constellation with the goal of reaching ten clusters (a total of 30 satellites),” says Mr. Bennett. “Our second cluster of satellites is already under development, intended to launch later this year, so we can continue improving our revisit rates.” These rates will reduce thanks to increasing geographical coverage via the additional spacecraft. The expectation is that these revisit rates could eventually shorten to under half an hour. This will translate into customers receiving a ever-more detailed picture of RF activity in their area of interest. Moreover, Mr. Bennett expects the next generation of satellites to increase its frequency coverage. The activities of Hawkeye360 and Kleos are indicative of the deepening importance of commercial SIGINT provision. Customers in the private and public sectors alike are set to benefit from wider geographical and frequency coverage in the coming years, bringing SIGINT to yet more users. 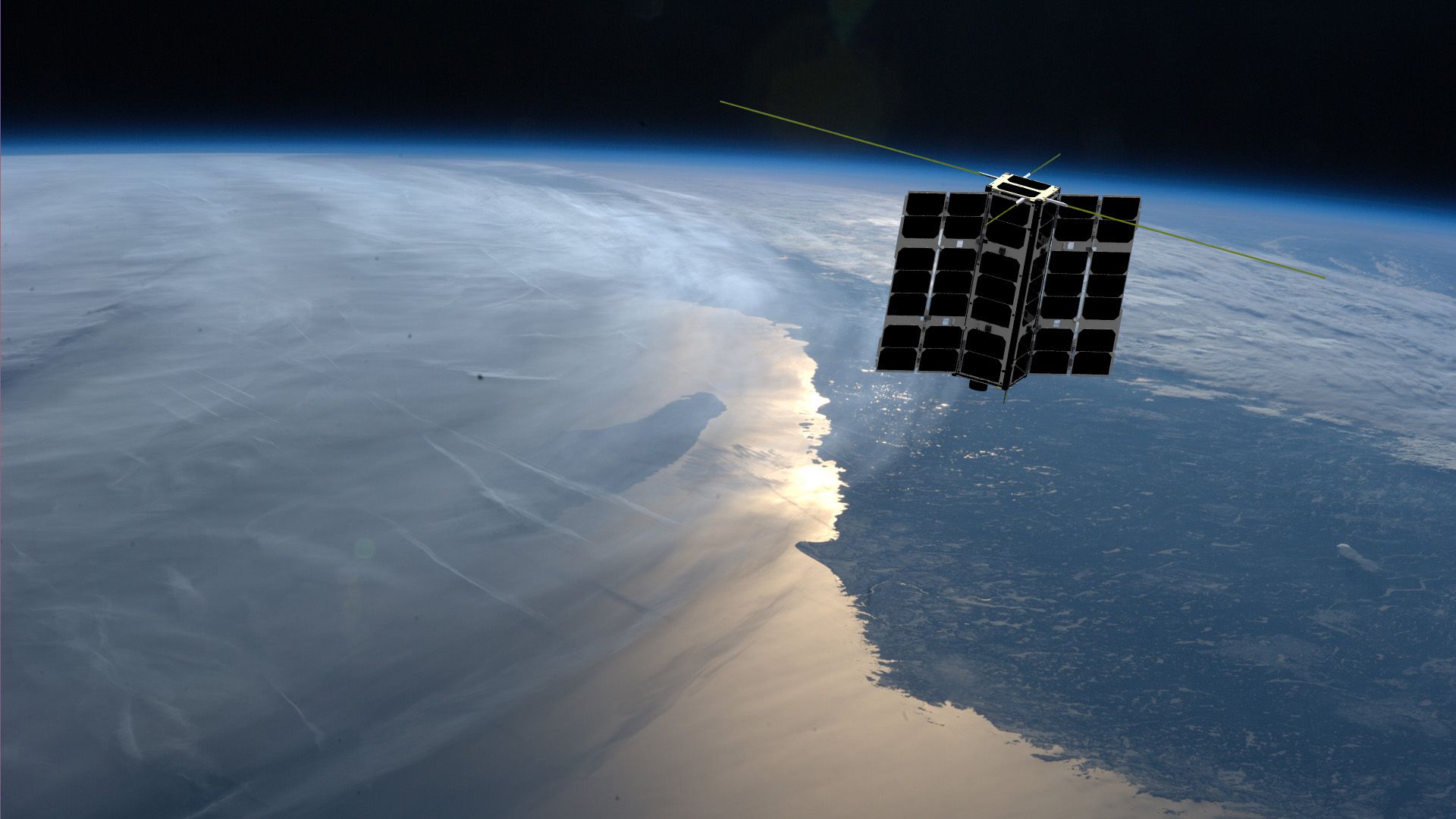