Remains in France for Training

Only six months after signature of the contract for acquisition of 18 RAFALEs, Greek Minister of National Defence, Nikolaos Panagiotopoulos, accepted delivery of the first aircraft for the Hellnic Air Force (HAF) at the Dassault Aviation Flight Test Centre in Istres, France.

This first aircraft and the next five to come from the French Space and Air Force – will be used to train HAF aircrew and maintenance personnel in France, prior to deploying to Tanagra AFB. An initial group of HAF pilots – already trained by the French Space and Air Force, and some 50 technicians will join the Dassault Aviation Conversion Training Centre at Mérignac, to continue training.

RAFALE will provide the HAF with a latest-generation, multirole fighter, enabling Greece to assure its geostrategic stance in full sovereignty. Delivery of the first RAFALE is a clear demonstration of France’s determination to meet the Greek government’s expectations, and to contribute actively to Greek sovereignty, illustrating Dassault’s 45-year uninterrupted history of strong partnership with Athens.

“Following the MIRAGE F1 in 1974, the MIRAGE 2000 in 1985 and the MIRAGE 2000-5 in 2000, the RAFALE is now proudly flying with [HAF] colours. The RAFALE is a strategic game-changer for the HAF. It will play an active role by securing Greece’s leadership as a major regional power,” commented Eric Trappier, Chairman and CEO of Dassault Aviation. 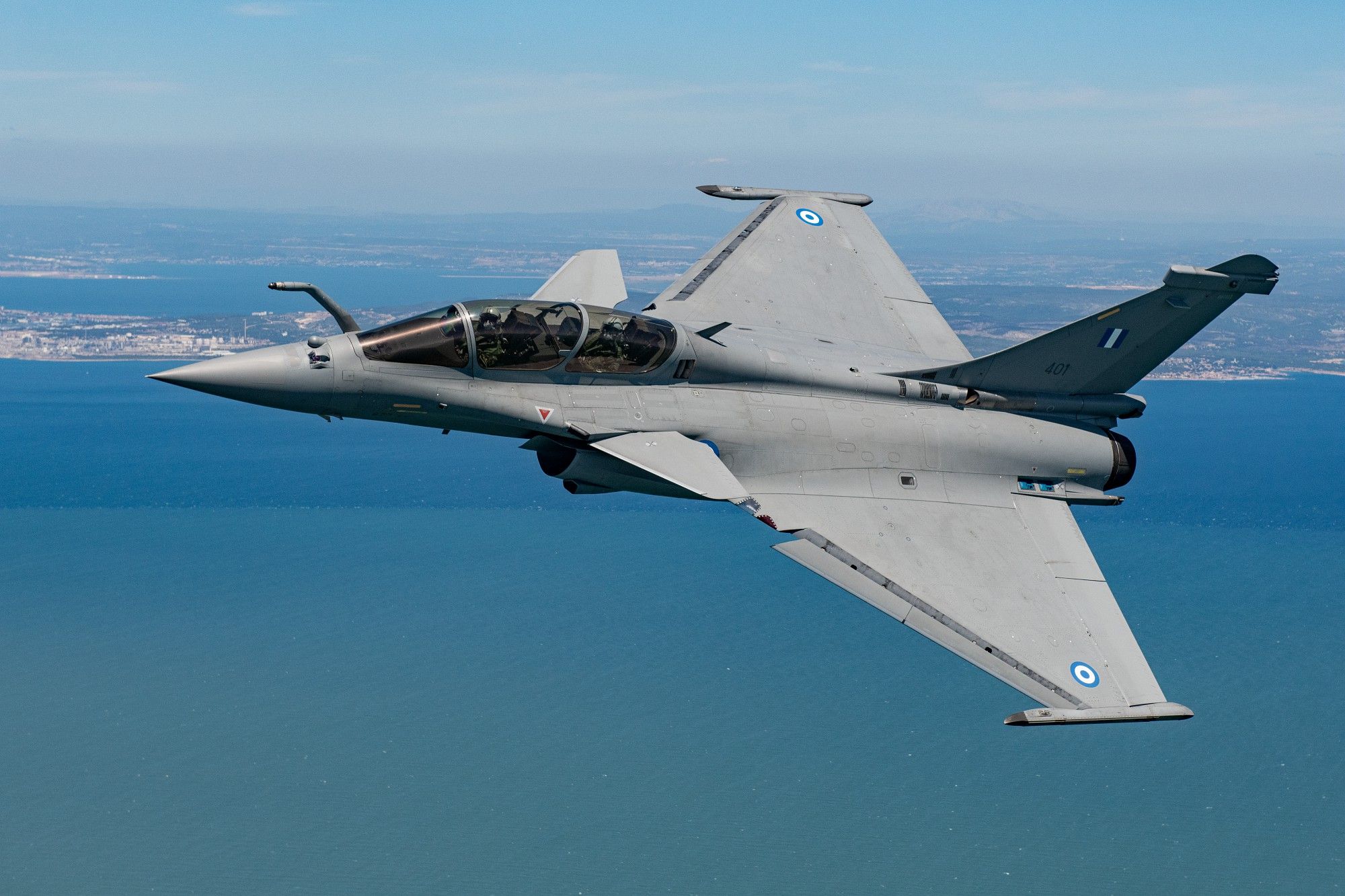