After decisions, arguments, cancellations, debates and endless meetings, the government of the Czech Republic has now authorised the nation’s MoD to start negotiations for the procurement of F-35 fighters and CV90 IFVs – the latter having been a candidate in the competition that was summarily cancelled last November.

Following the decisive cabinet meeting, Defence Minister Jana Černochová said she has been authorised to form an “inter-ministerial negotiating team” to engineer the procurement of 24 F-35s. Destined to equip two squadrons, the Lightning IIs will complement and then eventually replace the current fleet of 14 Gripens, the lease arrangement for which expires in 2027. Chief of General Staff Maj Gen Karel Řehka then articulated some of the influences exerted on the decision – the inadequacy of the current fighter fleet from a numerical standpoint and the looming obsolescence of 4th and 4.5th-generation aircraft by 2040 or so among them. As the mission tasking for the armed forces expands, more capable platforms – and more of them – is an inescapable solution.

As far as the decision in favour of the CV90 is concerned, the MoD stated that two of the three bidders having declined to accept new terms and conditions for the tender, the decision was to buy “an established and combat proven platform.” Some 210 vehicles are sought, to replace legacy Soviet-era BVPs and supplement the Pandur IIs now in service, and it seems that Prague will coordinate its purchases with Slovakia, which last month announced it is ordering 152 of the vehicles at an approximate cost of €1.7 billion. The Czech MoD suggests $2.4 billion has been set aside for its own CV90 procurement, though no illuminating comments were forthcoming on the F-35 arrangement. 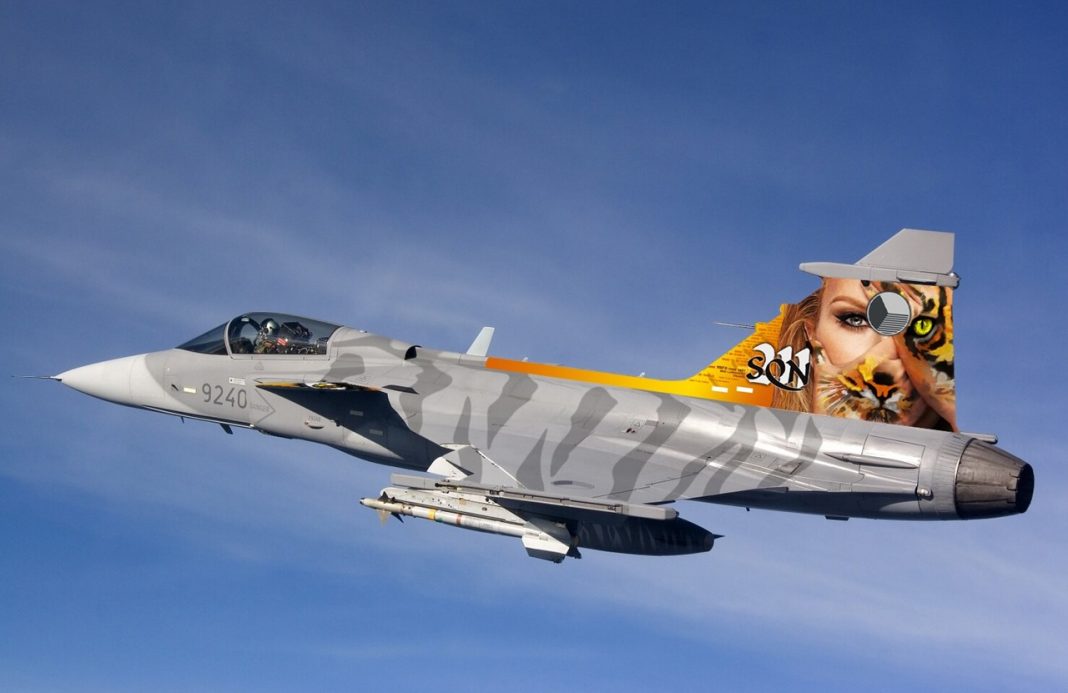 The Gripens of the Czech Air Force will eventually be replaced by F-35s – though whether that will happen before the current lease arrangement expires in 2027 is unclear. (Saab)