Land, Air and Space Capabilities to be Developed in 2022

Key priorities of the  General Staff of the Czech Armed Forces include development of the heavy brigade, with the related procurement of tracked IFVs, self-propelled 155mm guns, automated fire control systems and the Short Range Air Defence system, according to an MoD announcement on 4 January.

The armed forces also plan to deploy the Mobile Air Defence Radars (MADR) in specific operations, enhance host nation support capability and continue developing the medical and UAS battalions. Capability development in the cyber and space domains will also  continue, and the active reserve components will continue recruitment. Already displaying the highest levels of readiness, according to the General Staff, these components will continue to develop robustly in the next year. Army (ARC) personnel can look forward to new arms and materiel, while the armed forces as a whole plan to enlist 1,100 new military professionals and meet the ARC recruitment target of 1,200. The Czech Armed Forces’ total personnel strength is currently some 27,000 professionals and about 3,500 ARC reservists.

Commanders and staffs will rehearse planning and conduct of operations to meet national defence requirements and international commitments. The training of military professionals and ARC reservists will intensify – the armed forces have to attain required training standards after the disruptions of Covid. Training will primarily focus on field exercises.

In addition to the Czech Presidency of the EU Council in the second semester of 2022, the Czech Armed Forces will again be taking over command of the European Union Training Mission (EUTM) Mali. While the 2021 parliamentary mandate authorised the deployment of up to 851 service personnel, the 2022 mandate will allow for the deployment of 946. The UN mission in Mali will operate alongside EUTM Mali, and Czechs will continue to be posted to MFO in the Sinai with a CASA C-295M aircraft. The Czech Armed Forces will maintain their deployments for NATO, EU and UN operations and missions in Kosovo, Bosnia and Herzegovina, the Golan Heights and in EUNAVFOR Mediterranean – the scope remains unchanged.

NATO enhanced Forward Presence in the Baltics, which is designed to strengthen collective defence posture, also remains a high priority. In 2022, Czech Gripen aircraft will be stationed in the region for their fourth operational tour. The deployment of 95 Czech Air Force personnel, with five JAS-39 Gripen fighters, will serve a six-month tour in Lithuania, to provide coverage of Lithuanian airspace as part of the Baltic Air Policing mission.

A Czech Armed Forces Task Force will be on stand-up for the NATO Response Force in 2022–24, while development of forces and assets for NRF will be conducted in 2023. A 56-strong Deployable CIS Module (DCM-B) will be ready for deployment in support of NATO operations and Czech servicemembers will be prepping for their assignment in the Visegrad Four (V4) EU Battle Group (EUBG).

The military will continue to help contain Covid until at least June, with the mandate allowing assignment of up to 900 service personnel for auxiliary work in hospitals and social services. An additional 150 service personnel, including ARC reservists, can be assigned for Covid testing. The Czech Armed Forces presently provides assistance in nearly 70 hospitals, with over 900 personnel and additional teams assigned to help track, test and vaccinate in the Kotva vaccination centre (by the Military Police) and operate the Smart Quarantine system. 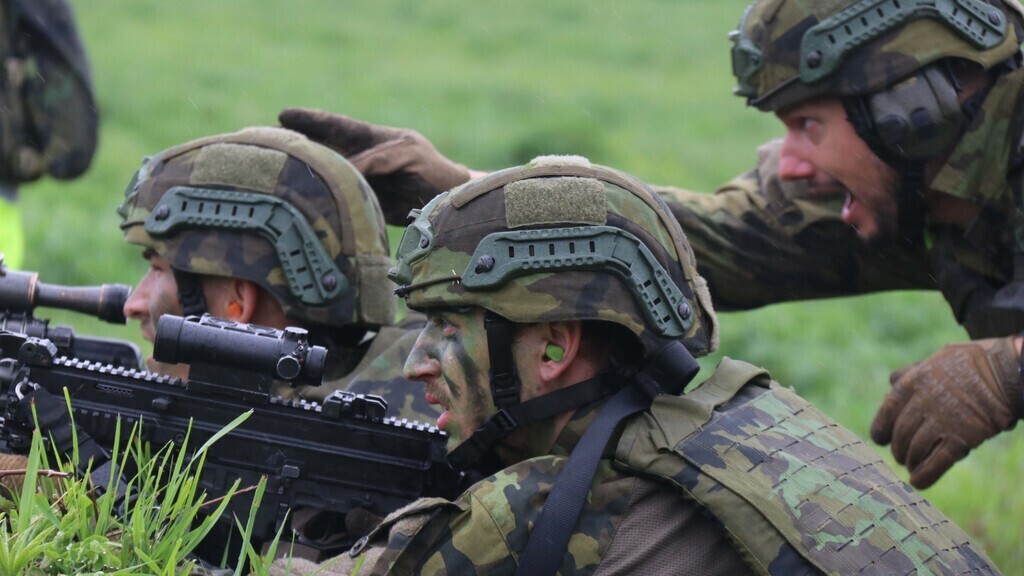 The Czech armed forces are developing a comprehensive series of equipment and capability upgrades while maintaining and expanding commitments – both domestic and international. (Photo: Czech MoD)