Having tested the Optimus CRUX LITE Solo Cooking System we can only say it‘s an amazing piece of gear! Just look at the incredible small size below. Optimus is part of the Katadyn Group.

The cooking system consists of a steel/aluminium made burner (7×5,6cm; weighing 72g!), coming in a robust nylon bag, an 800ml pot (10x13cm) with heat exchanger, and a small pan, that also works as a lid. Both the pot and pan are made out of hard-anodized aluminium. They come in a neat mesh bag and weigh 199g on my scale. So, the whole CRUX LITE Solo System, including a 230g gas canister, weighs just about as much as a 500ml bottle of denaturated alcohol.

The burner has three foldable holding arms, which are serrated to get a better hold of the pots and pans. The valve lets you adjust the flame and works very precisely, if you needed to simmer something. Since most ultralight gas-burners only know two setting, no flame at all or full-blast, this is a huge advantage of the CRUX LITE. Also, the burner seems very durable and like it can take rough handling. Other light gear is very flimsy; not the CRUX LITE, though. Even with gloves I could screw/unscrew it and handle the valve easily and precisely.

The pot is designed to hold a 230g gas canister and the burner, so the whole system builds a nice unit, that does not take away a lot of space in your backpack. Pot and pan have handles with a rubber coating, so you cannot burn your fingers while cooking. The manual says, a 230g gas canister lasts 90min and it takes three minutes to boil 1,000ml, at a maximum output of 3,000 Watts

How does the CRUX LITE Solo System perform? With an Optimus canister of propane/butane/isobutane, the water in the 800ml pot boiled at 1:45 minutes, which I was amazed by. I tried it a second time just to be sure and it did it again. Fair to say, that 1l of water would not too much longer, so I took a 1,000ml pot and the water boiled at 2:37 minutes. Outside, at 15°C and some wind, 800ml boiled at 2:30 minutes, which is really fast by standards you set for a gas-burner.

The CRUX LITE Solo System is definitely big enough for one hungry soldier. It is almost perfect and I‘m sure the cooking time and the high power-output make it more than suitable for two as well.

Almost perfect…there were two things that kept me from giving the CRUX LITE Solo System the full score 10 out of 10: it takes the burner a really long time to cool down enough to be dismantled and be put safely back in its nylon bag; and the spout of the pot is so useless, it appears to be designed that way on purpose.

Other than that, nice work. I will be using this one a lot. MONCh Gear Box approved. 9/10 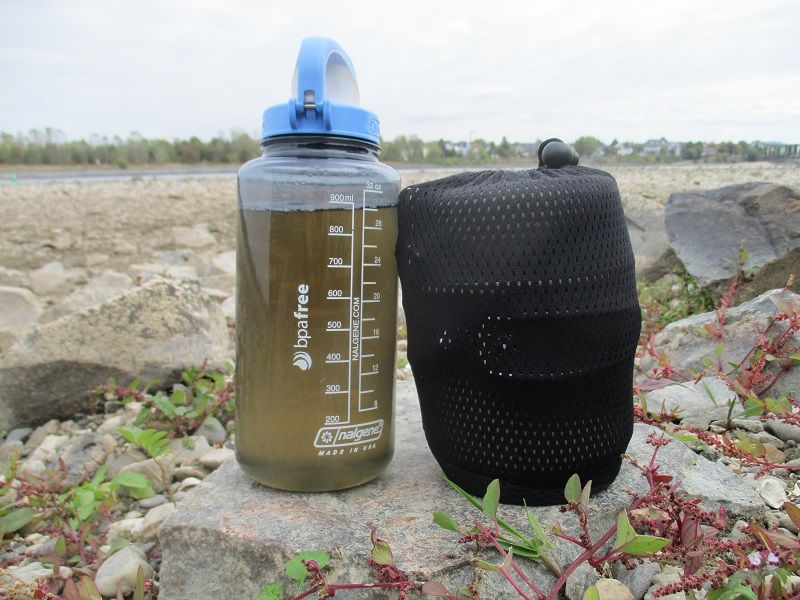