This $2.6 million (€2.2 million), 27-month contract builds on CTC’s previous successful battery and hybrid generator prototypes, and endeavours to provide a replacement for existing diesel-powered generators dating from the Vietnam War era. The prototype will have the same appearance as a traditional flightline generator, but will demonstrate superior power quality and efficiency, while reducing flightline emissions and noise.

CTC is supporting the Air Force in its goal to replace diesel-powered generators with an electric generator, by combining silicon carbide-based power electronics with advanced lithium-ion battery technology. The change will provide improved mission range, including reduced fuel consumption, lower lifecycle costs, and improved work environment for personnel exposed to the fumes and noise associated with diesel systems. “Through the years, CTC has played a significant role in the Air Force’s efforts to improve energy efficiency,” commented Edward J Sheehan, CTC President and CEO.

“We have worked closely with the Air Force on design features, capabilities, and safety considerations for the next-generation flightline generator,” explained Dave Moyer, CTC Project Manager. “CTC’s technical capabilities, along with our partners’ valuable contributions, will create a paradigm shift in the way power is delivered on the flightline.  Collectively, we are excited to be a part of this modernization initiative.” CTC is working with subcontractors RCT Systems, Inc., to provide the advanced power electronics, and SAFT USA to provide the batteries needed for the Next Generation Flightline Generator. 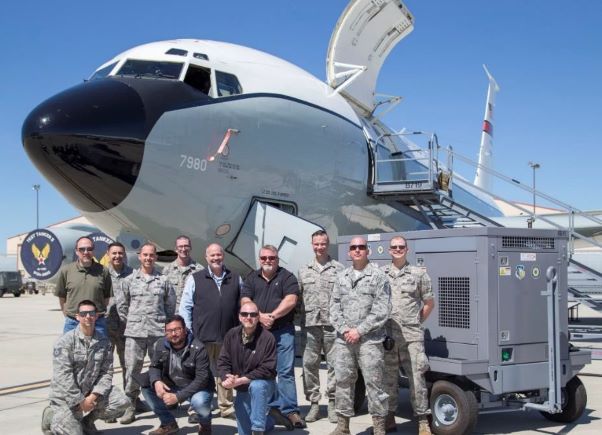 CTC is building on generator prototypes that were successfully demonstrated at Edwards AFB with the 412 Test Wing. (Photo: CTC)