At this year’s Impulstag, RUAG Defence showcased their versatile and innovative portfolio with an added bonus, a live exercise!

The highlight of the event was Anti-Terror Exercise COMB-ATEX 17, which saw a perfect coordination of Swiss Police, Army and Emergency Vehicles in managing a hostage scenario. What other armed forces, e.g. Germany, can only dream of, was performed via excellent communication and connectivity. Soldiers, Special Police Forces, firemen and actors playing terrorists were all wearing RUAG’s GLADIATOR personal detector harness, specially designed to ensure that it can be configured for the widest possible variety of training scenarios, whether engagement in open terrain, urban operations or joint arms actions.

GLADIATOR is a very modular system, coming in GLADIATOR Basic, where individuals can interact in exercises via laser and radio – duel simulation; GLADIATOR Standard, making it possible to locate individuals in open terrain; GLADIATOR Combat Training Centre (CTC), where status and position are not only stored but are also transmitted directly to command, integrated with laser technology that can accurately replicate the ballistic characteristics of vehicle mounted and heavy weapons; and GLADIATOR MOUT CTC, enabling battles to be simulated in built-up areas, including the determination of positions in buildings and the ability to transmit attack data realistically throughout buildings. At RUAG’s Impulstag, the Swiss specialist company showcased its new GLADIATOR G12 that is currently being presented to Police units with news sensor technology. See pcitures below: 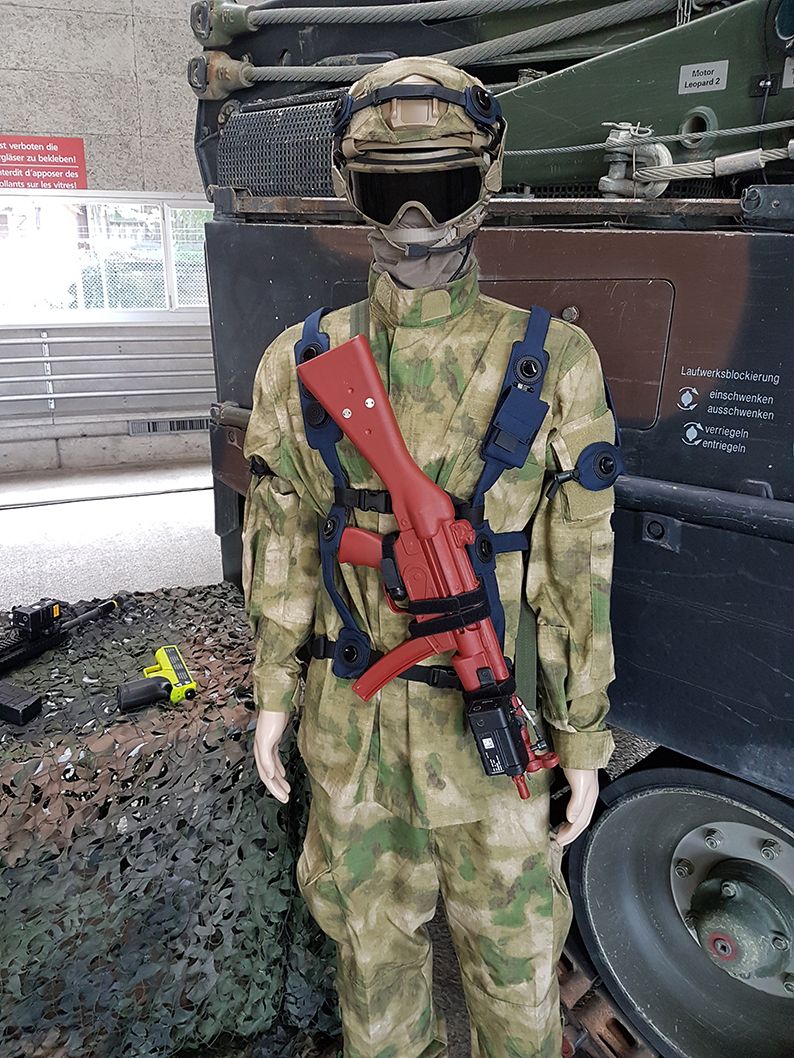 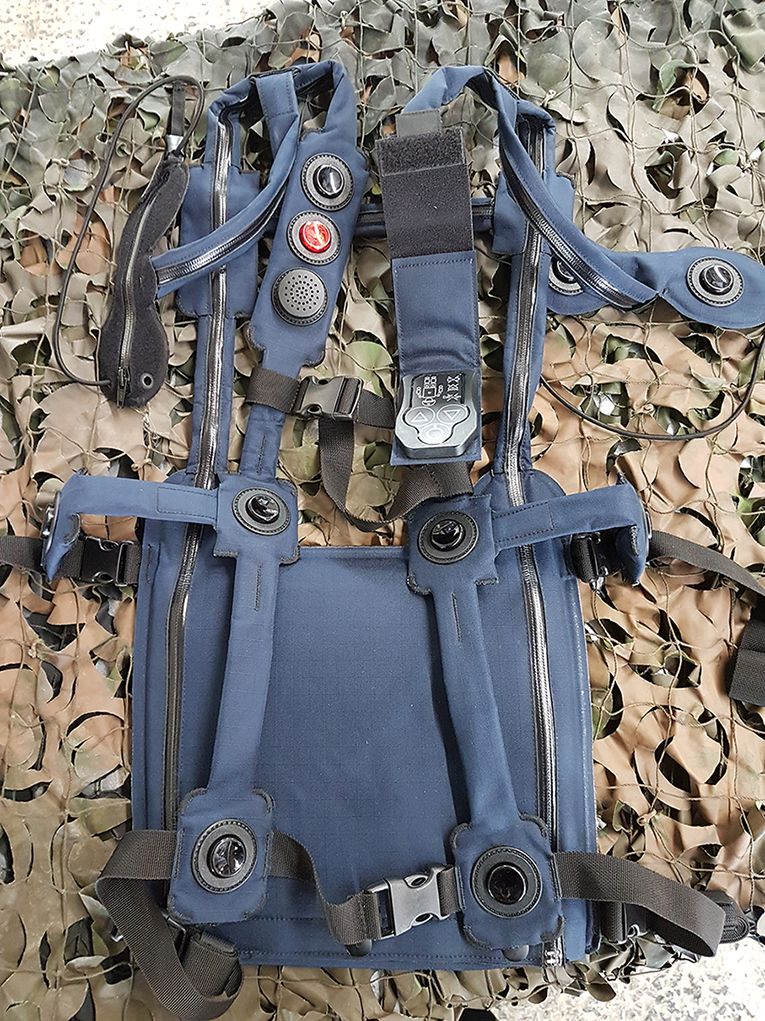 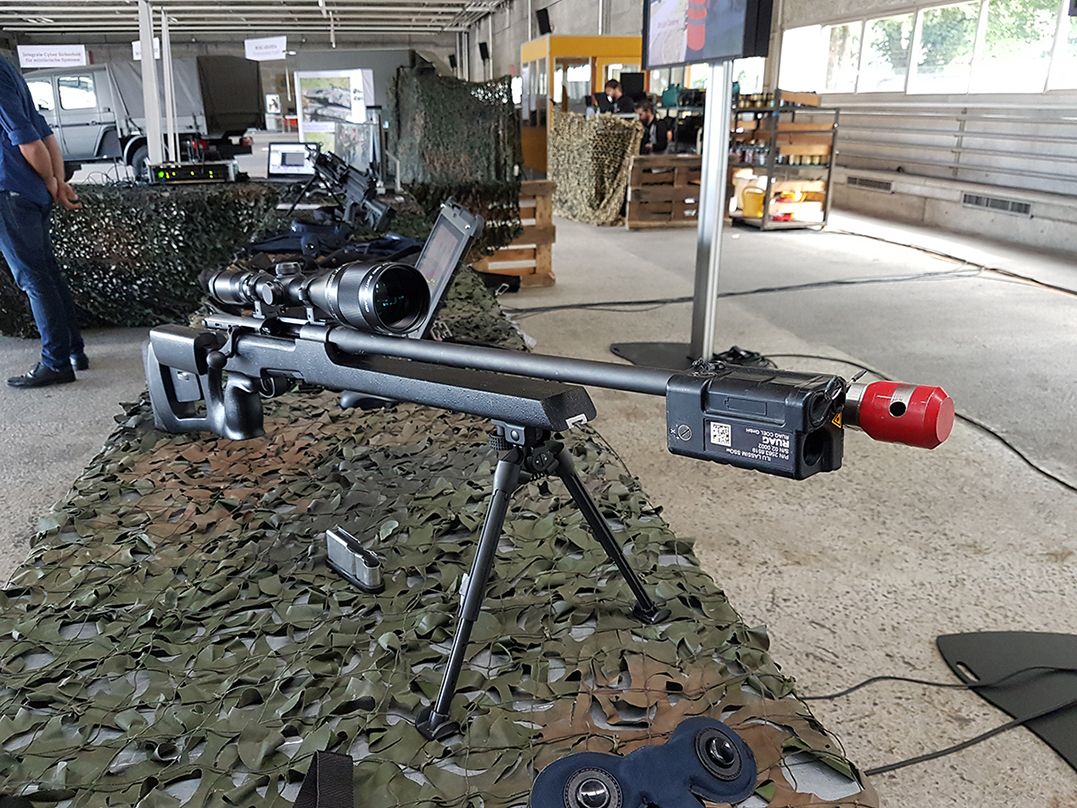 The CERBERE programme will provide instrumentation and a laser-based live training system sufficient for the simultaneous training of three SGTIA, all-arms groupings based on an infantry or cavalry company, providing real-time tracking and an after-action review (AAR) capability. Including the opposition forces, provided by permanent training centre staff, the total will include up to 1,000 personnel and 250 vehicles on exercises, which can be sustained for up to 96 hours.

RUAG is working together with INOVEX Simulation and Training, who developed and manufacture in Norway, but distribute E-Blanks exclusively in Switzerland. E-Blanks is a patented training system that realistically simulates the sound, recoil and muzzle flash of live ammunition. Currently available for AR-15 type weapons, it can easily be further developed for other weapon types on demand. More here. 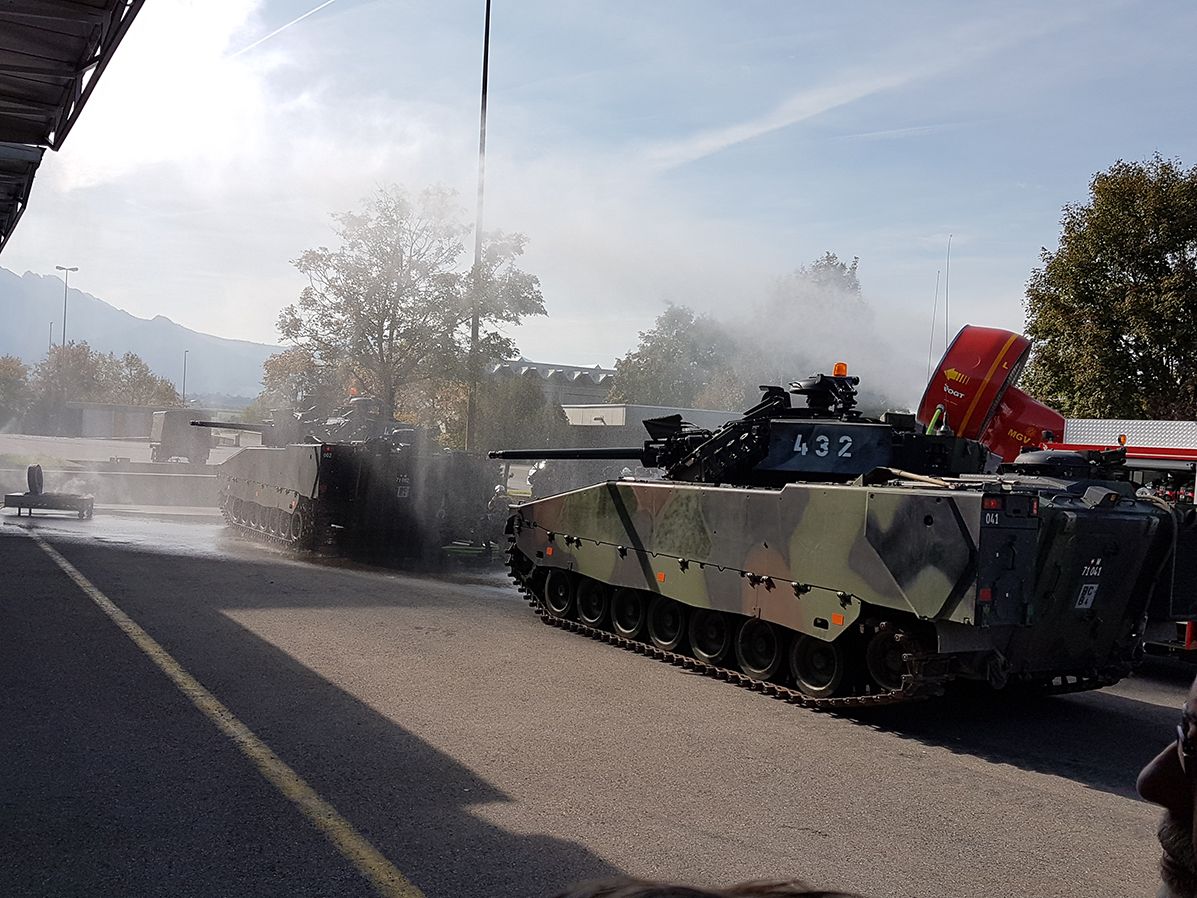 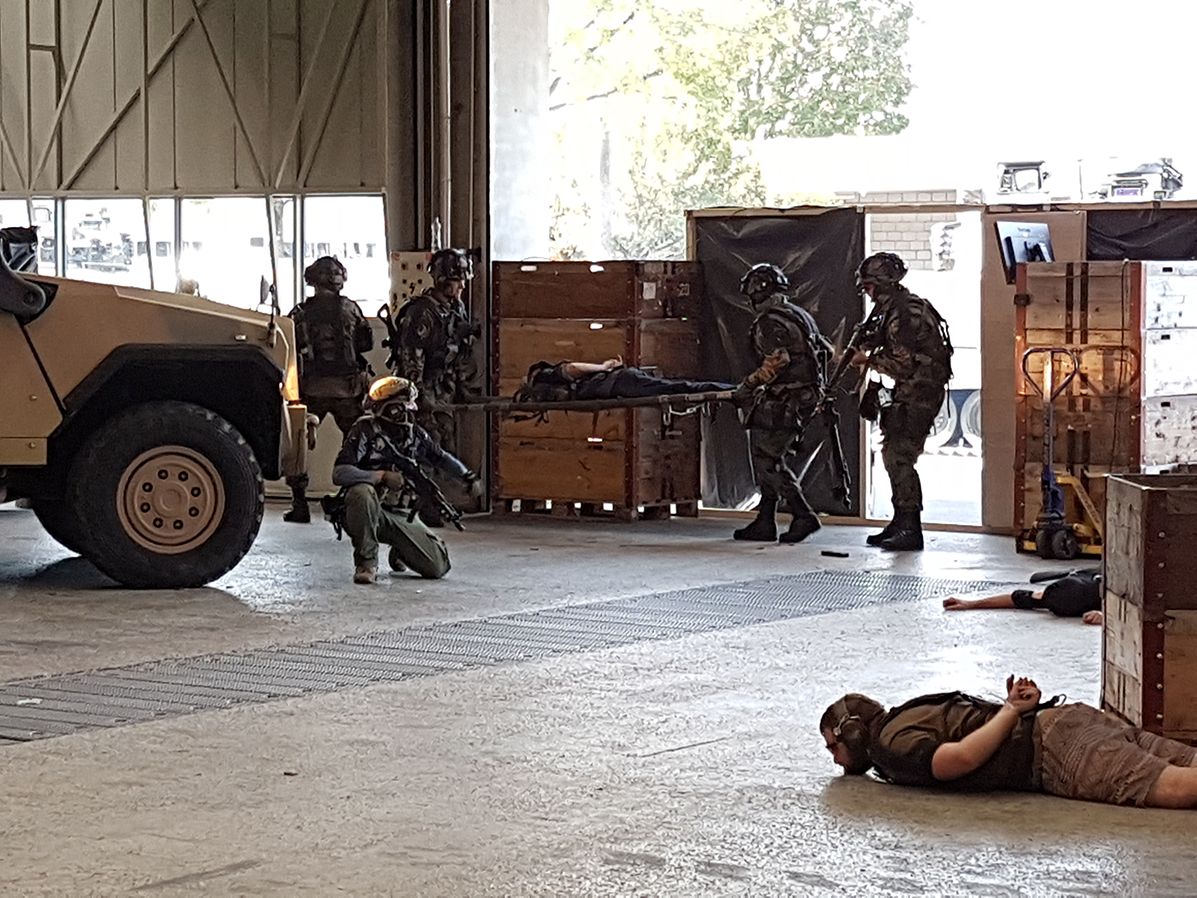 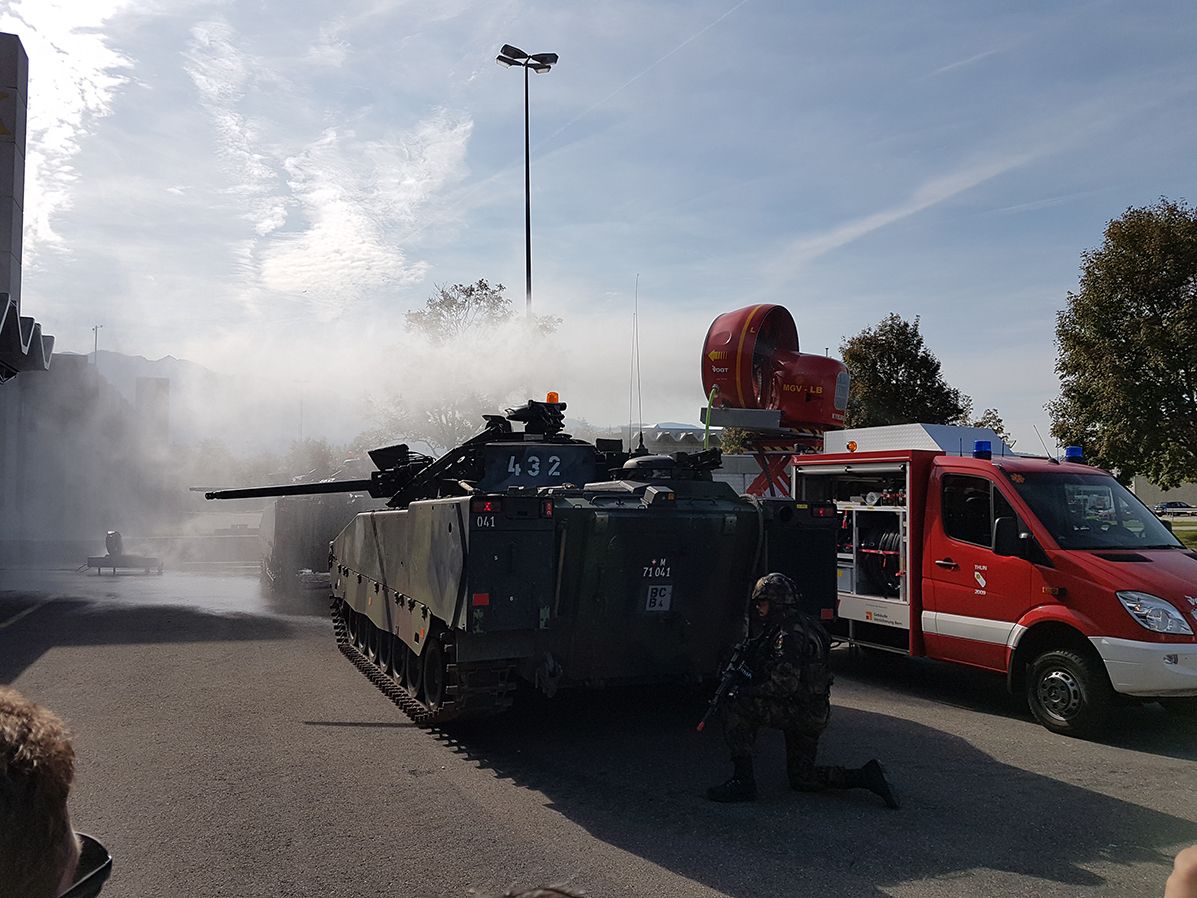 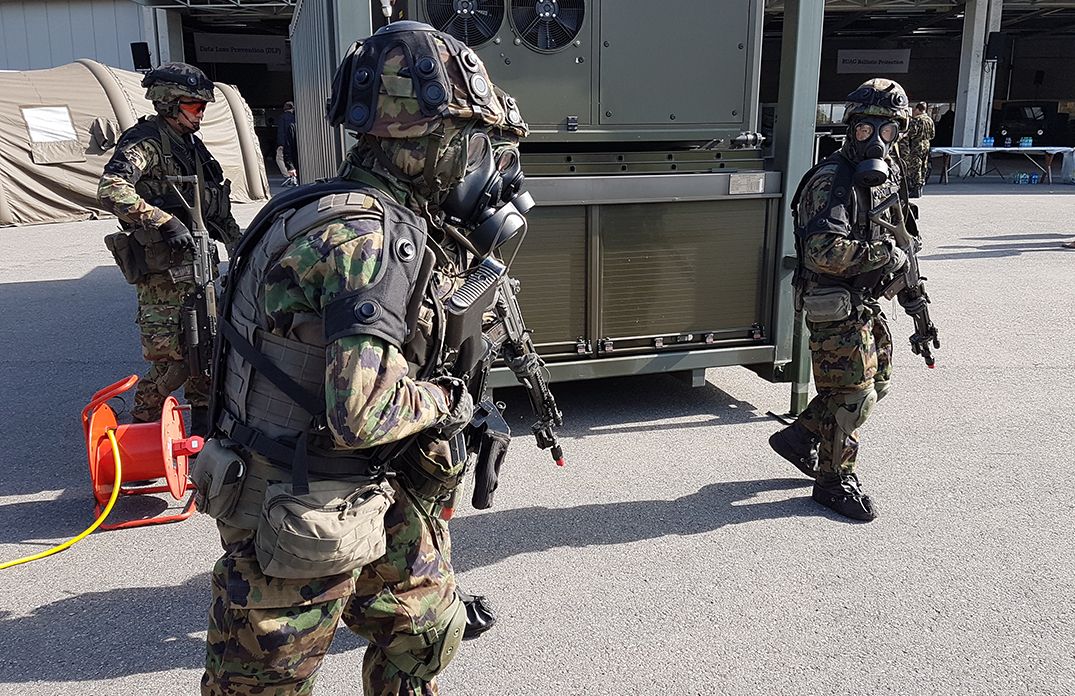