On 4 August the Colombian Air Force (Fuerza Aérea Colombiana – FAC) received the last two of three C-130H HERCULES from the US Air Force. The first was delivered in October 2020.

The three aircraft, from US surplus stocks, were acquired under a 2018 Defense Surplus Goods Sales Program bilateral agreement for approx. $30 million (€25.6 million). They will be the first Colombian HERCULES equipped with chaff and flare dispensers.

Operationally allocated to Air Transport Command (CATAM) in Bogotá, the three C-130H will now be subject to a major check at Air Maintenance Command (CAMAN) before entering operational service. The check and associated work will be conducted by the Colombian Aeronautical Industry Corporation (CIAC), a mixed composition company and a leading reference in the Colombian aerospace industry. Subsequent to completion of the work, the ‘Hs’ will replace the much older C-130Bs, which were also acquired second-hand by the FAC decades ago. 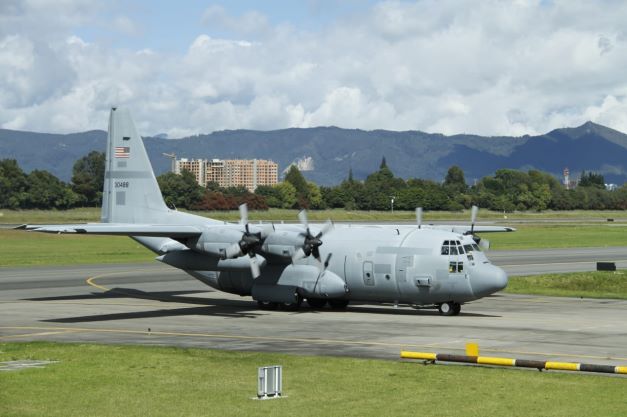 One of the C-130H HERCULES arriving in Bogotá. (Photo: Fuerza Aérea Colombiana)