Colombia’s MoD has reported selection of the Damen shipyard as partner to local shipyard Cotecmar (owned by the Colombian Navy) to provide designs for the Plataforma Estratégica de Superficie (Strategic Surface Platform) PES future frigate programme, and expects to sign a contract shortly.

The selected design is the Damen Sigma-class 10514 – also selected by Mexico for its Patrulla Oceánica de Largo Alcance (Long Range Ocean Patrol) POLA programme, under which one vessel (ARM Benito Juárez) has already been built. While the design will be adapted to Colombia’s specific needs, the basic vessel displaces 2,365t and is intended for the RGM-84L Harpoon Block II, a Mk56 vertical launcher for eight RIM-162 ESSM [Evolved Sea Sparrow].

The PES programme originally envisaged local construction of four frigates of about 3,600t, with anti-ship, anti-aircraft and anti-submarine systems, a low radar signature and detection systems for all types of threats. These would be the service’s first large warships: the Navy currently operates four Almirante Padilla-class vessels which – though described locally as frigates – are in reality corvettes, due to their 1,500t displacement and capabilities. 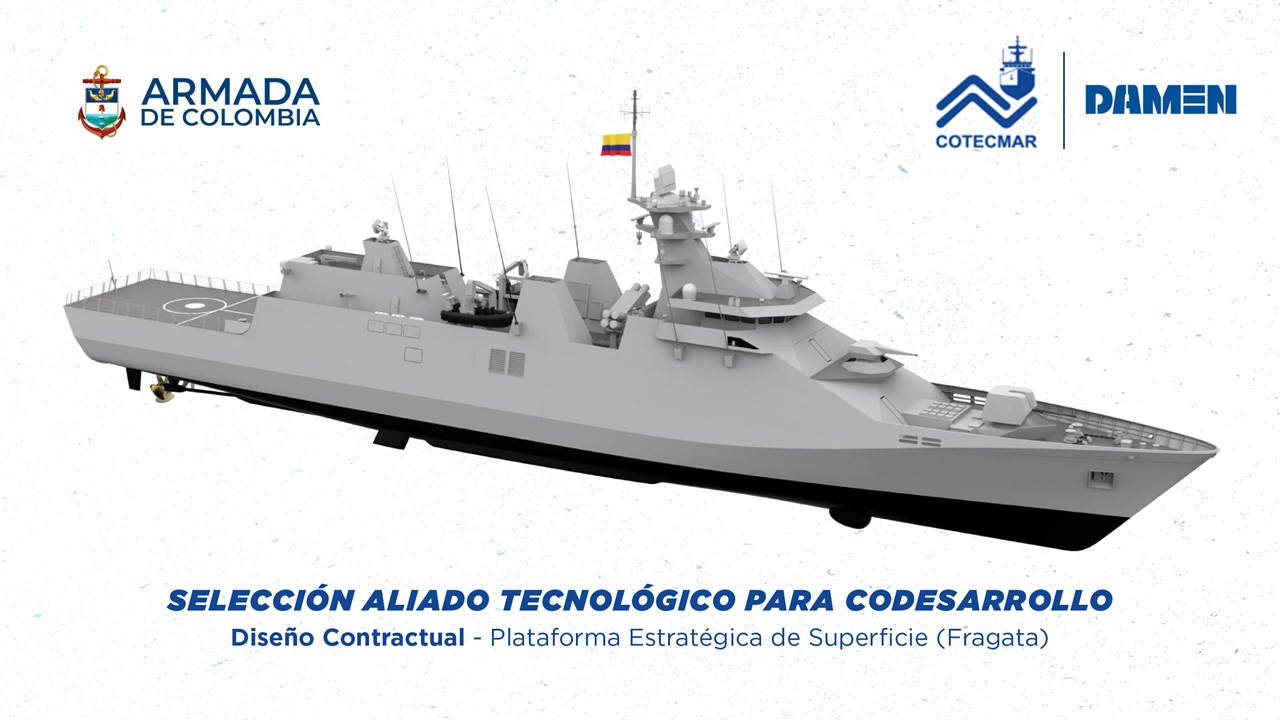 The Damen Sigma-class 10514, as selected by the Colombian Navy. (Colombian MoD)