The Colombian Army has received 20 Textron M1117 GUARDIAN 4×4 armoured vehicles, donated by the USA. This marks the first batch of a total of 145 GUARDIANs to have been declared as US Army surplus and earmarked for Colombia.

The first 20, in the Armoured Security Vehicle (ASV) configuration, arrived at the port of Santa Marta and joined the Army’s existing fleet of 67 – 39 procured in 2011, a further 28 in 2013 and an additional two to replace casualties suffered in counter-terrorist operations in 2016. The Army uses the GUARDIANs in the protected transport role in internal security missions against terrorist groups. The vehicle features an automated turret mounting a 12.7mm machinegun and a 40mm grenade launcher. 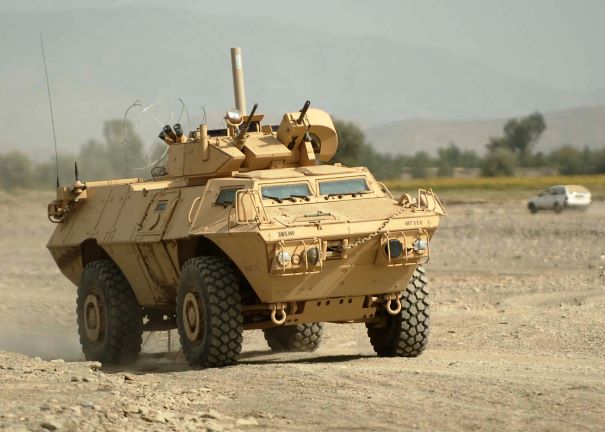 A US Army M1117 similar to those being donated to Colombia. (Photo: US Army)