First Two in Service Since July

The Colombian Air Force (FAC) has begun the acquisition process for a fourth T-6C TEXAN II to be used for training the force’s fighter pilots. The contract, valued at $9.6 million (€8.3 million) is expected to be signed with Textron Aviation Defense in the next several days, with the aircraft delivery slated for December.

The FAC intends to buy a total of 24 T-6Cs as replacements for the Cessna T-37s, which were finally pensioned off earlier this year, after over half a century of service. The first two TEXAN IIs arrived in July this year, and are already in service with Comando Aéreo de Combate Nº1 (CACOM-1) at Germán Olano Air Base in Palanquero. 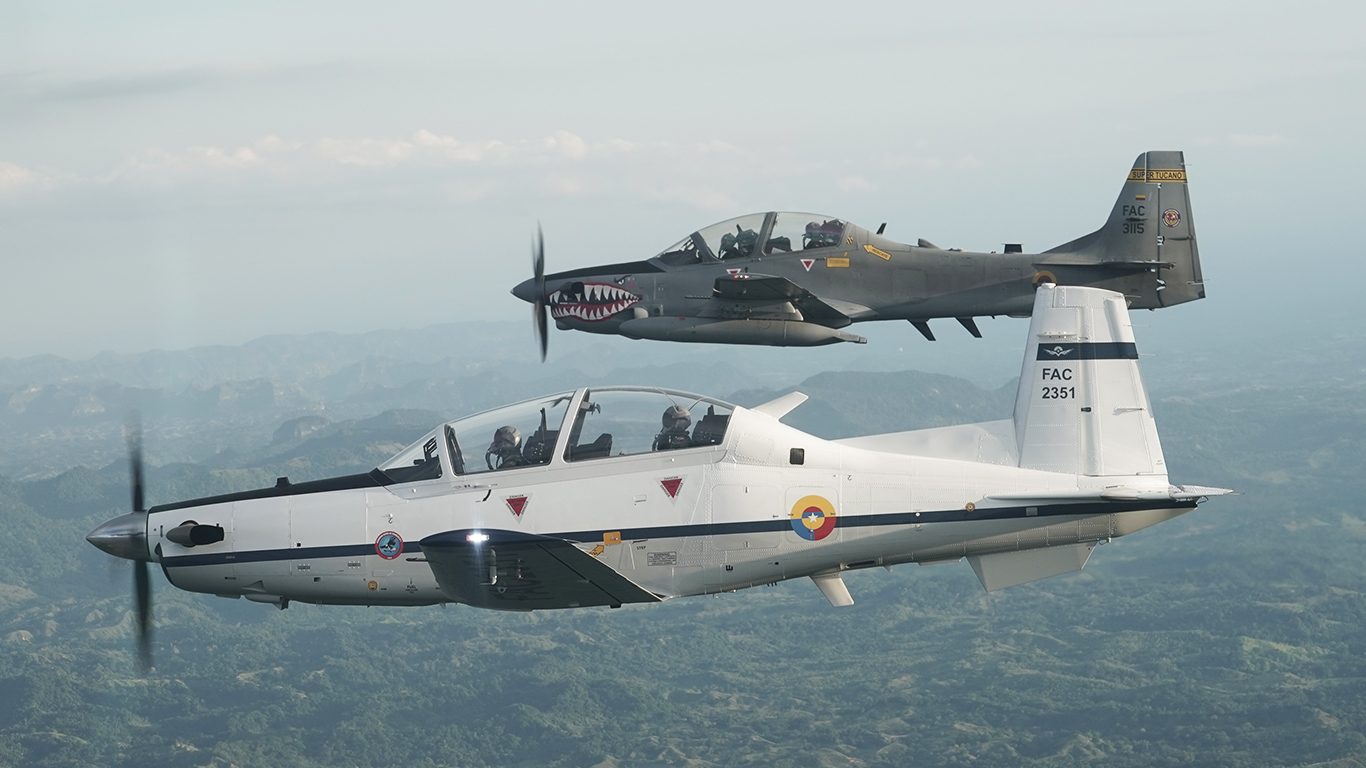 A FAC TEXAN II and a Super Tucano seen in July. The Super TUCANO is used primarily in the ground attack role, the TEXAN II for advanced training. (Photo: FAC)