This news follows an announcement in early February that Cobham had won a contract worth U$66 million to supply Electronic Warfare (EW) training pods to NATO’s Joint EW Core Staff (JEWCS) located at the RNAS Yeovilton in southwest England. The capabilities the company will deliver are intended to accurately replicate an array of scenarios and threats in the RF (Radio Frequency) domain. These include radar and communications jamming, and hostile aircraft or missiles performing RF emissions.

Importantly these pods can be used to simulate radar-guided Anti-Ship Missiles (AShMs); an important aspect of NATO fleet training. This latter capability will support NATO’s Anti-Ship Missile Defence Evaluation Facility (NASMDEF). This forms part of the JEWCS provision will use aircraft-mounted pods emitting in such a fashion, and being flown in such a way, as to mimic these weapons.

NATO’s Notification of Intent to procure the JEWCS Capability Package (CP) of which the pods form the key component noted that, “(m)any aspects of the NASMDEF capability are common to the NATO JEWCS equipment elements and because of this, both requirements have been grouped under a single CP.”

NATO’s initial requirements was for electronic systems which can simulate hostile radar and communications emitters; jam radars and communications; simulate laser, ultraviolent and infrared threats; jam GNSS (Global Navigation Satellite System) transmissions while evaluating the tactics, techniques and procedures of forces exercising in an area with simulated RF-controlled improvised explosive devices. From an AShM perspective, there was an imperative for the capability to not only mirror the characteristics of such threats, but also record how ships employed their electronic countermeasures to this end. With such requirements in mind the JEWCS CP will procure an array of pod-mounted systems to simulate these threats in the sea, land and air domains.

During DSEi 2017 in London, Cobham showcased a new electronic warfare training pod which the company stated could equip business jet-sized platforms. Company sources informed MONCh during the exhibition that the pod is designed to emit RF energy, and thus simulate the radar transmissions of an AShM. They continued that the pod will emit RF in the eight gigahertz (GHz) to 20GHz waveband.

This encompasses the X-band (8.5GHz to 10.68GHz), Ku-band (13.4GHz to 14GHz/15.7GHz to 17.7GHz) and Ka-band (33.4GHz to 36GHz) wavebands commonly used by active radar homing AShMs. The firm added that the pod employs a software defined approach enabling it to be upgraded throughout its service lives to take new RF threats and tactics into account as and when they are discovered.

The AShM pod forms one element of a trio of systems the firm has launched to aid EW training. These included a communications jamming training pod transmitting across 30 megahertz/MHz to 512MHz, and a radar jamming training pod transmitting across 0.5MHz to 40 gigahertz . Both these latter pods are now available for procurement.

Cobham stated that these typically have a transmission range of eight nautical miles/nm (15 kilometres/km) to 17.3nm (32.1km) at altitude, although adding that ranges of 86.8nm (160.9km) have been achieved. These latter two jamming pods, which each include four antennae (fore, aft, port and starboard) employ a software defined approach, much like the AShM pod.

A written statement supplied to MONCh by the company stated that the pods displayed at DSEI have a, “form factor similar to the proposed pod type for the NATO JEWCS,” adding that “the pods delivered to the NATO JEWCS will cover radar jamming, threat simulation, communications jamming and the NASMDEF.”

Regarding the mix of capabilities to be delivered, the statement continued that the company will, “deliver a mix of pod types in order to meet the training needs of the NATO JEWCS. Some of the pods also utilise role change equipment so that specific training in a dedicated area of the electromagnetic spectrum can be achieved. This allows for greater operational flexibility.”

Deliveries will take place in batches, the company added, over the coming four years. Cobham says that it expects to fly these pods onboard the company’s fleet of Dassault FALCON-20 aircraft. These business jets have been converted to provide training to British and NATO forces by replicating a range of airborne threats including hostile aircraft and air-to-air missiles via their carriage of RF emitting pods on their under-wing hardpoints.

Cobham is delivering the equipment as a subcontractor to Leonardo. In February, the latter announced that it had won the contract to provide the suite of new equipment required by the JEWCS CP under the terms of a contract worth $202 million. In addition to Cobham, Leonardo will be assisted by Elettronica. Although the JEWCS provides support to NATO the contract for the new equipment was awarded by the UK Ministry of Defence. This makes sense given that the JEWCS facility is based in the UK. Leonardo’s EW centre of excellence in Luton, southern England, will be closely involved in the JEWCS provision.

Providing an EW training capability centred across all three domains will assist in fostering an increasingly ‘joint’ approach to electronic warfare; not only amongst the British Armed Forces, but across NATO writ large. This will not only help to enhance the protection of platforms, subsystems and force deployments but will enhance the ability of the trainees to manoeuvre in the electromagnetic spectrum in a superior fashion to their potential adversaries.

The addition of a GNSS denied environment training capability is an important. Recent Russian deployments in the Ukrainian and Syrian theatres have shown a willingness to deploy EW systems capable of performing GNSS electronic attack such as the Russian Army’s R-330Zh Zhitel automated jammer. Any future confrontation with Russia would almost certainly see similar systems being deployed. This underlines the importance of NATO being able to not only fight, but to maintain the initiative, in a GNSS-denied environment. 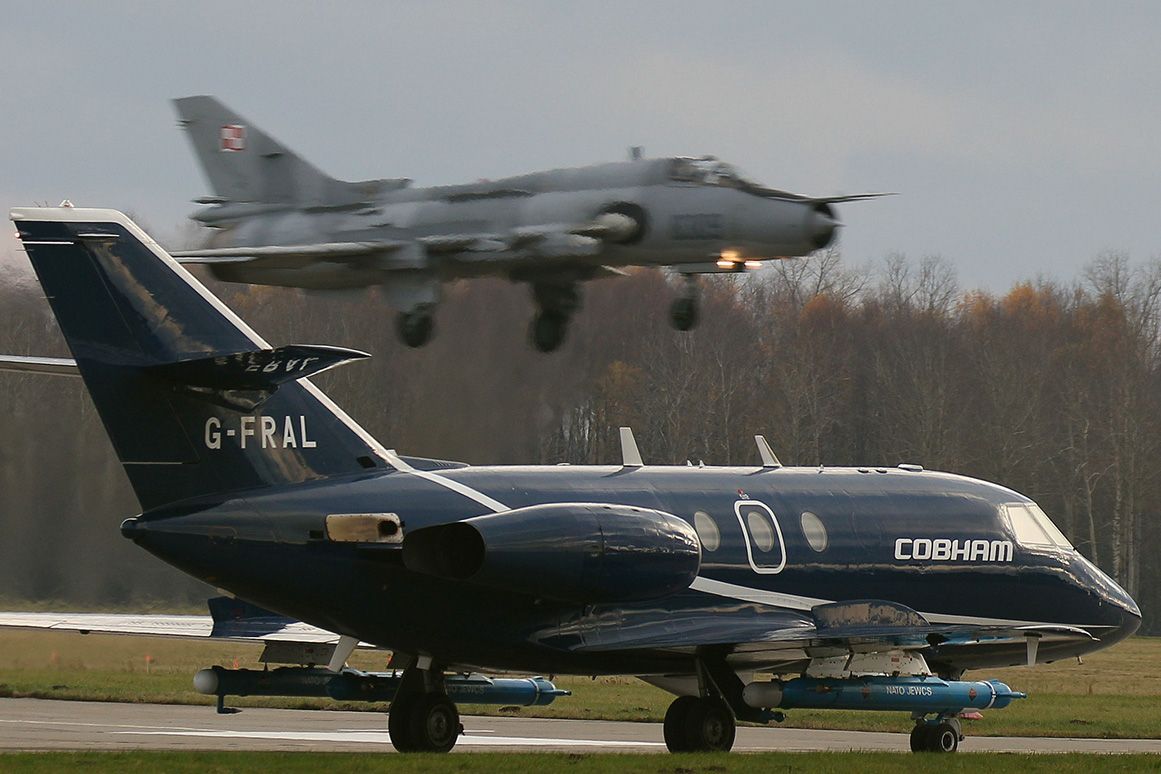