One particular technology falling under our spotlight is Terahertz radar. Put simply, Terahertz (THz) radar transmits photons. These photons have exceptionally short wavelengths of between 0.3THz to three terahertz. These photons can penetrate non-metallic materials and see inside an object in a similar fashion to an X-ray. The logic for its use in radar is to penetrate the non-metallic skins used by fighters such as the Lockheed Martin F-22A RAPTOR and F-35A/B/C LIGHTNING II, and Dassault’s RAFALE F3B/C/M and discern objects inside the aircraft, hence betraying its presence and position.

Such power levels would be necessary if the radar was to be capable of detecting an aircraft at a tactically useful range (see below). One CNIGC executive stated that the skins used in the construction of the F-35A/B/C, “will look at thin and transparent as stockings,” to a such a radar. Reports continued that CEAP is working to reduce the radar’s physical size, and increase its power to develop a militarily practical system.

Could China’s boasts regarding Terahertz radar be true, or are they mere hyperbole? We caught up with Dr Iain Scott, radar capability manager at Leonardo’s airborne and space systems division. Dr Scott was awarded the Royal Academy of Engineering’s Silver Medal in late June for his contribution to Leonardo’s VIXEN-E combat aircraft radar, and is a leading authority on military radar technology. Leonardo is sceptical of the Chinese claims, Dr Scott noted, adding that, “in the past (the company) has looked at the use of the Terahertz band (and) the most promising opportunity was a successful demonstration by Leonardo of a Terahertz imaging solution to identify buried objects.”

The problem, Dr Scott continued, was generating the required power and developing suitably sensitive receivers which could enable Terahertz radar to be used for military applications: “To field a military solution in the next five years would rely on technology that is mature and available today. The most recent press reports quoting Chinese researchers describe the technology as still having a long way to go, and being too bulky and not viable for fitting to a plane or satellite.”

One of the challenges of realising a militarily useful Terahertz radar is power consumption. In order to detect flying targets at a useful range, any Terahertz radar would consume significant quantities of electricity, Dr Scott stated. This is because the aircraft carrying the radar would need to be out of the reach of long-range Air-to-Air and Surface-to-Air Missiles (AAM/SAM). As a means of comparison, the Russian Vympel R-27EA Semi-Active Radar Homing (SARH)/Active Radar Homing (ARH) and infrared-guided AAM has a published range in excess of 70.2 nautical miles/nm (130 kilometres/km).

Meanwhile, the 40N6 SARH/ARH SAM used by Russia’s Almaz-Antey S-400 SAM battery may have a range of 216nm (400 kilometres). As a ball park figure most combat aircraft have radars capable to detecting targets at circa 100nm (185km) range. However, these jets are single, or twin-engined which limits the electrical power they would be able to generate for a Terahertz radar. One option could be to place such a radar on a large multi-engined platform such as a Boeing KC-135 series tanker. Yet this also brings challenges.

Dr Scott states: “The issue is that these large platforms are not stealthy and with the increasing range of integrated air defence systems, they are required to stand-off many hundreds of kilometres from the threat area. This then requires even more radiated power. A further complication is that power not converted into radiated energy must be dissipated somewhere, usually into a liquid cooling system. This represents another significant challenge to an airborne solution.”

In addition to the technical challenges the atmosphere creates problems. The Earth’s atmosphere contains moisture and this has a habit of absorbing electronic particles. As a general rule of thumb, the higher the frequency of the radar, the more of a radar’s transmission is absorbed by this moisture. This reduces the radar’s range and potentially degrades its ability to see targets in detail. This is a serious challenge given the high frequencies used by Terahertz radar: “Even if the power and sensitivity problems could be overcome, the atmospheric attenuation in the Terahertz band is so great that the detection range is likely to be so short as to be militarily ineffective.”

One potential solution could be to use a Terahertz radar as a ground-based air surveillance radar, as this would remove some of the challenges regarding available power because the radar could have a power source capable of generating the required electricity positioned nearby without the space constraints inherent in an aircraft.

Nevertheless, Dr Scott notes that on the ground the range of a radar tends to be limited to the distance that its antenna can ‘see.’ Like a person, a radar can see as far as the horizon. Place the radar’s antenna on a tower, on high ground or angle it towards the sky and it can see further. Nonetheless, “the traditional radar horizon limitation of a ground-based radar would allow a stealth platform to penetrate a very long way before being detected,” obviating the potential advantage offered by a Terahertz radar.

In both ground and airborne configurations, Dr Scott states that Terahertz radar offers some potential benefits in terms of its ability to see a target in detail. Generally speaking the higher a radar’s transmission frequency, the sharper the detail of the target. However X-band (8.5-10.68GHz) radars already provide sharp target resolution. This is particularly important when using such a radar for fire control to achieve a kill, and hence why many combat aircraft radars transmit in X-band, along with ground-based and naval fire control radars.

The problem is that fire control radars must to detect a target at range to allow a weapon to be released as soon as possible, Dr Scott remarks, and hence we are back to the quandary of Terahertz radar and range: “The question is, given the levels of atmospheric attenuation, whether Terahertz radar will ever provide a realistic military solution, or if other approaches might provide a more plausible and shorter-term means to detect low RCS aircraft. Given the fundamental challenges outlined above (generating meaningful power levels and efficiency) it is unrealistic to think that any airborne military system would be fielded in the next ten to 15 years.” 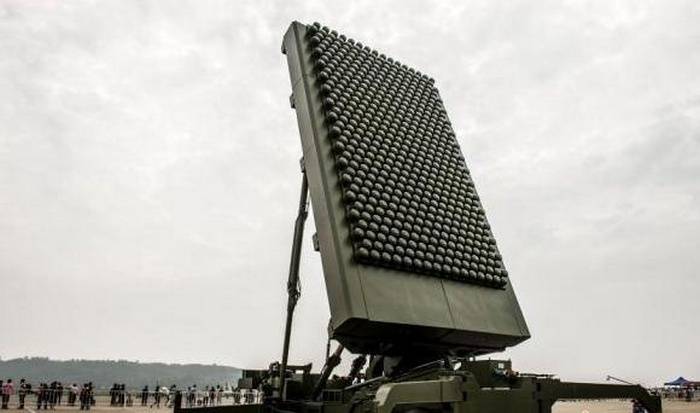