“We Hold China as Our Number One Pacing Challenge”

Officials close to elements of the US intelligence community have been informally briefing Chinese hypersonic capabilities in recent days, revealing an alleged test of a globe-circling hypersonic glide vehicle (HGV) in August, mounted on the 78th LONG MARCH launch.

Although the missile missed its ground target by as much as 35-40km, the test indicated very significant progress in the field of hypersonic weapons – a revelation that is said to have caused the US intelligence community, at least, to recognise it has, perhaps, underestimated Chinese capabilities. This ‘admission,’ however, may well be a ploy, since it suits the community to overstate Chinese capabilities in order to continue bolstering relevant federal budget allocations.

The speed and manoeuvrability of HGV pose considerable challenges to American ballistic missile defences, and their development by China is seen as a potentially destabilising move – though more cautious voices point out there is a considerable difference between development and deployment. Nonetheless, announcement of the test comes at a time when China-watchers have mounting concerns over Beijing’s assertiveness, particularly with regard to recent statements over Taiwan, and follows Pentagon warnings regarding apparent increased Chinese nuclear capability. Beijing, it should be remembered, is not a signatory to any arms control treaty currently in force, and has consistently declined to engage in discussions with Washington on the subject.

Recent official and semi-official pronouncements in the US indicate growing concern over such capabilities – and over Chinese intent. For example, some observers have been openly discussing Beijing’s ability to launch such weapons over the South Pole, negating US defence posture, currently heavily focused on a north polar attack profile. This serves to raise the level of debate in US military and political circles at the same time as the Biden administration is embarked on the Nuclear Posture Review.

Official Chinese commentary on the test – the launch of which it has yet to formally acknowledge – has so far been limited to denials that any fresh ‘arms race’ initiative is under way. That provides little reassurance to the hawks inside the Washington Beltway and serves to underscore the concerns that uncertainty gives rise to. It also explains why a US DoD spokesman recently confirmed “we hold China as our number one pacing challenge.” 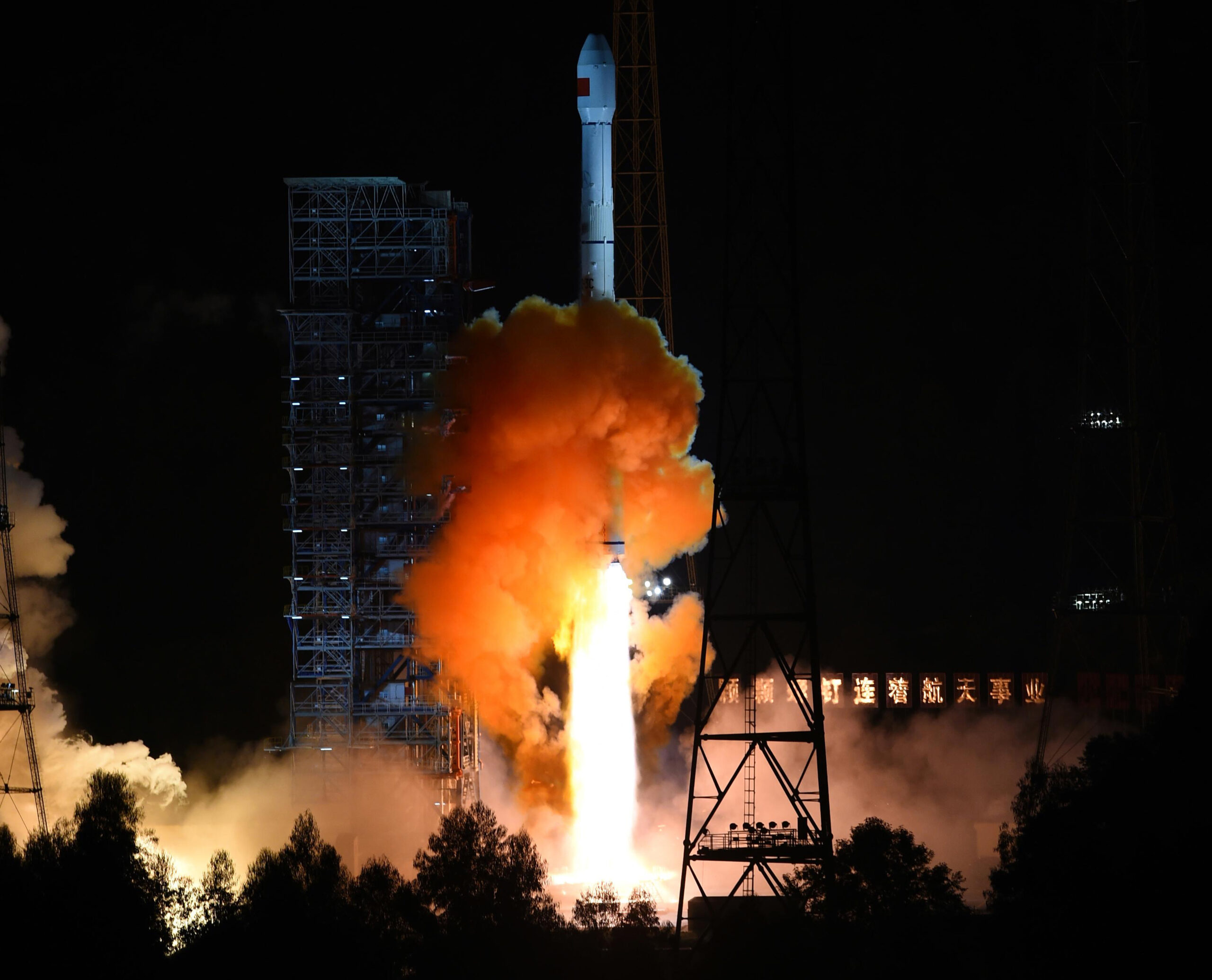 The LONG MARCH rocket is usually used to launch major Chinese space asset tests. Beijing has studiously failed to account for the 78th LONG MARCH launch in August, while revealing details of launches either side of the event. This tends towards confirming the covert intent of the launch, in many observers’ opinions. (Photo: Chinese intenet)