The first is a UGV with four tracks – two on each side of the hull. Designated the High Mobility Reconnaissance and Strike Unmanned Platform, it features a small optical suite at the front and a large cargo bed.

The second, smaller, UGV – the FY I Wall Climbing Robot – is a small square system with an extendable arm carrying a CCD camera. It is shown operating in an urban environment, climbing walls and peering into windows or around corners for surveillance and reconnaissance purposes.

The video shows two additional systems – the Mini Unmanned Aerial Operation System and the Lightweight Water Surface Unmanned Operational System – both of which were briefly presented during the Zhuhai Air Show in September.

The USV is based on a Coast Guard RIB and features an RWS mounting a 12.7mm machinegun, as well as pedestal at the rear that appears to carry six 107mm rocket launchers. Footage from the Zhuhai show revealed an elevating launcher on the boat deck, which may have been for a UAV. It is shown navigating an obstacle autonomously.

China has long displayed an interest in unmanned and automated systems, indicating plans to integrate such systems across its military and security forces. The Coast Guard, for example, is already known to operate a system of automated coastal surveillance sensors capable of classifying surface vessels and alerting nearby units to their presence. The introduction of USVs may enable the Coast Guard to police the vast quantity of traffic moving along China’s coast with greater intensity and efficiency.

The FY I Wall Climbing Robot is an interesting system indicative of the Chinese focus on the challenges posed by urban warfare, which many argue is likely to be the primary terrain of future conflicts. The armed UAV likely reflects similar concerns, the short range of its armament lending the design to urban and counter-terror operations.

The High Mobility Reconnaissance and Strike Unmanned Platform is the least clear of the four designs. China has developed and presented a bewildering array of armed UGVs, including an unmanned Type 59 tank in 2018. The UGV’s name suggests it will be armed and fitted for reconnaissance at some point, and may therefore indicate an interest in autonomous frontline units for the near future.

Overall, the proliferation of unmanned systems suggests that China is attempting to assess the true utility of unmanned platforms – what they can be reliably tasked to do, and what is beyond the capabilities of current technology. Similar efforts are underway across the globe, but the scale of effort in China indicates that Beijing may arrive at useful conclusions sooner than most others. 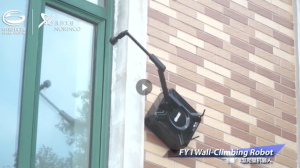 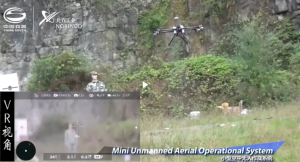 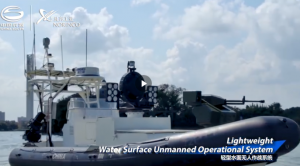 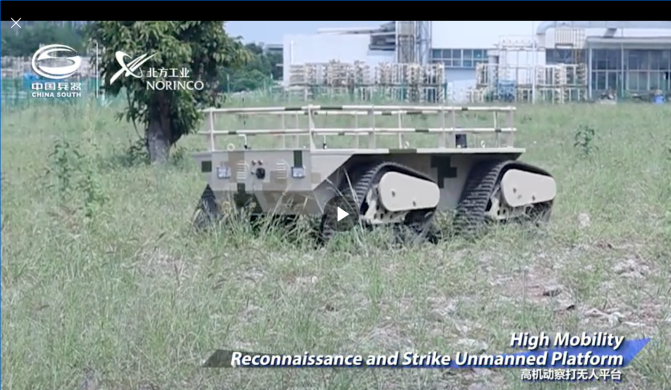 The main image – a screen-grab from the CSGC Weibo video release – shows the Unmanned Reconnaissance and Strike UGV, with its unusual track configuration. The other platforms are shown without captions. (All images: CSGC)