Featuring four external hardpoints for missiles and rockets, as well as a 23mm cannon, the Z-10’s empty weight is around 5.1t and it has a range in excess of 1,100, local media reported. In addition to anti-tank missiles, whose accuracy is claimed to be in excess of 85% the helicopter can deploy the TY-90 air-to-air missile against hostile helicopters. The state TV channel also claimed the aircraft’s lightweight composite armour has protective capabilities “far surpassing” those of titanium alloy or steel.

Emphasising its design, domestic engines, excellent manoeuvrability and advanced pilot helmet system, CCTV claimed that the Z-10 is easier to control, has a greater radius of operation and is  better at multi-tasking than counterparts such as the Tiger helicopter. Recent operations have included missions in high altitude desert environments. 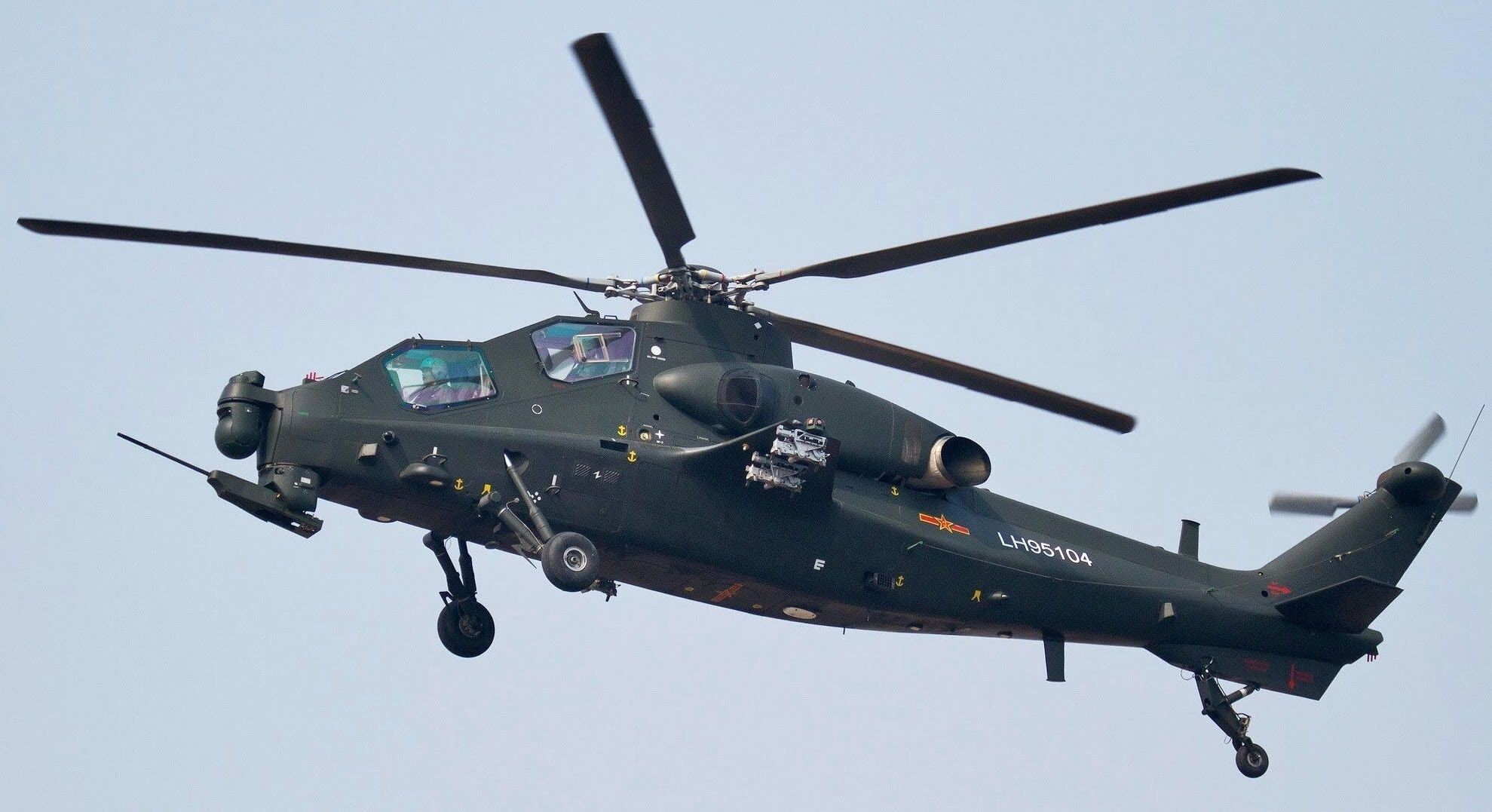 The Z-10, manufactured by Changhe Aircraft Industries Corp (CAIC), has been in PLA service for almost a decade. (Photo via Chinese internet)