One of the “finds” during a walkthrough of the symposium exhibition hall was the Compact Electromagnetic Nondestructive Assessment (CENA) Probe at the IERUS Technologies booth. Daniel Faircloth, PhD, Chief Engineer at the Huntsville, Alabama-based company provided the demand for this technology in the defence and adjacent sectors, noting, that for composites or metals for ships, aircraft or other platforms, there are not many evaluation technologies available: “We have a very strong background in electromagnetics. We recently developed the technology for a compact system to use radio frequency (RF) to ‘interrogate’ the internal structure of an object. With the CENA Probe, we can actually image things that are inside the object under test.”

Dr Faircloth provided a brief primer on the CENA Probe’s science. The probe sends out an electromagnetic wave, and measures both the magnitude and phase of the reflected wave. “And that’s the key distinguishing feature compared to any other probe – RF or not,” he emphasised and continued, “is our ability to process both the magnitude and phase information which lets us form an ‘image’ of a defect or materiel – an impurity for instance – under the surface.”

In one demonstration of the product, the CENA Probe highlighted on a data sheet, imperfections on a metal plate. More important, IERUS is able to customise the CENA Probe for a user, permitting imaging tailored to the application – and revealing composite disbonds, paint defects, defects in the metal, irregularities in the metallic skin, and other desired results. Beyond detecting subsurface composite and metallic defects, the CENA Probe’s software may be further tailored for production line inspection, maintenance inspection and materiel measurements.

As presented at the symposium booth, the CENA Probe was connected to a portable, man wearable tablet, which conducts processing, provides a readout and completes other tasks.

While Dr Faircloth could not divulge the customers to whom CENA Probe has been delivered, he added: “The CENA Probe is providing a much-needed nondestructive testing capability to the aerospace community.” 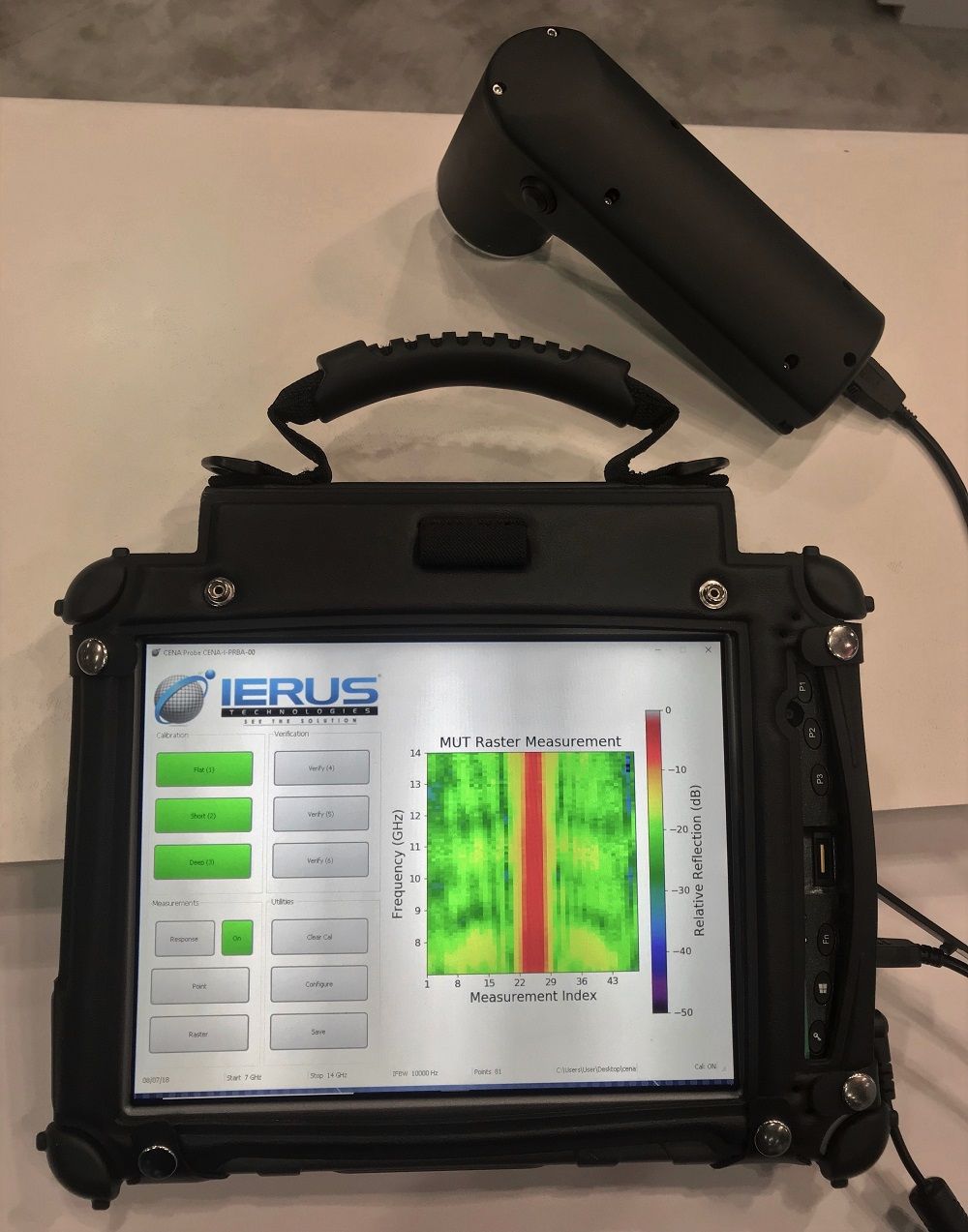