After a tortured and glacially slow procurement process the Canadian government announced on 19 October that the selected design for the Canadian Surface Combatant (CSC) – the frigate-sized vessel that will form the backbone of the future Royal Canadian Navy (RCN) – is the Type 26 Global Combat Ship from BAE Systems. The company, in partnership with Lockheed Martin, which leads the consortium and will be the prime contractor, must now go through a due diligence phase and enter into detailed negotiations with Halifax-based Irving Shipbuilding, who will build the 15 vessels currently anticipated for the class.

CSC will replace both the IROQUOIS-class destroyers, which have already been retired and provided anti-air capabilities, and the HALIFAX-class patrol frigates, which were recently modernised providing anti-submarine warfare (ASW) capabilities and multi-role mission support, with a single class of warship. Irving Shipbuilding Industries was selected as the prime contractor to build 12 frigates and three destroyers. According to Lockheed Martin Canada’s Vice President and General Manager, Gary Fudge, at Euronaval 2018, the, “design process will last three years and cutting steel in the timeframe 2021-24.”

Lockheed Martin’s ‘Canada’s Combat Ship Team’ bid combines the company’s longstanding expertise in naval integration and its Canadian developed Combat Management System CMS 330 with BAE Systems’ Type 26 Global Combat Ship and high-tech platforms from top-pedigree Canadian innovators CAE, MDA, L3 Technologies and Ultra Electronics. As there are commonalities with the Australian and British Type 26s (chosen by Australia for its Hunter-class SEA 5000 programme and the Royal Navy’s Global Combat Ship), the ship is, “extremely quiet and our most advanced frigate,” BAE Systems Canada Country Director Anne Healey told MONCh at Euronaval. As to the radar suite, Mr Fudge was only able to say that, “the existing radar does not meet Canada’s requirements.”

“The Type 26 was selected because of its modern design, adaptability, low acoustic signature, 3D modelling toolset, ability to learn from the other Commonwealth programmes, and only requiring 10% overall change to meet RCN needs,” Ms Healy continued.

Other official submissions came from Navantia teaming with Saab Australia offering the F-105 frigate design of the Spanish Navy and Alion offering the PROVINCIEN (LCF) -class of the Royal Netherlands Navy.

The underlying question remains whether all 15 can be funded. According to the government’s own figures, the cost of the programme has now risen to C$62 billion – more than twice the originally proposed budget. Strong arguments have been put forward to suggest that the cost is worth paying for the technological and commercial benefits it will bring to Canada’s shipbuilding industry. A detailed study commissioned from PricewaterhouseCoopers said much the same thing. The fact remains, however, that 15 vessels for $62 billion represents a cost at least double and arguably treble what anyone else is paying for similar capability. Anywhere. Several bidders withdrew from the programme and the government rejected an approach from Naval Group and Fincantieri that offered to build the vessels at a fixed (and much lower) unit cost.

To a degree, the cost can be somewhat justified by some (though not all) of the requirements the RCN has. As an example, the specification for the Infrared Search and Track (IRST) system pretty much pushes the envelope of what is currently possible to its outer edge. That kind of capability has to be paid for. The only question is whether that capability will ever be needed: if so, what value does one place on saving a human life? If not – how does the service – and the government – justify the lack of capability.

This programme will continue to generate controversy, argument and strong emotions. But it is at last underway, and MONCh and NAVAL FORCES will continue to monitor and report appropriately. 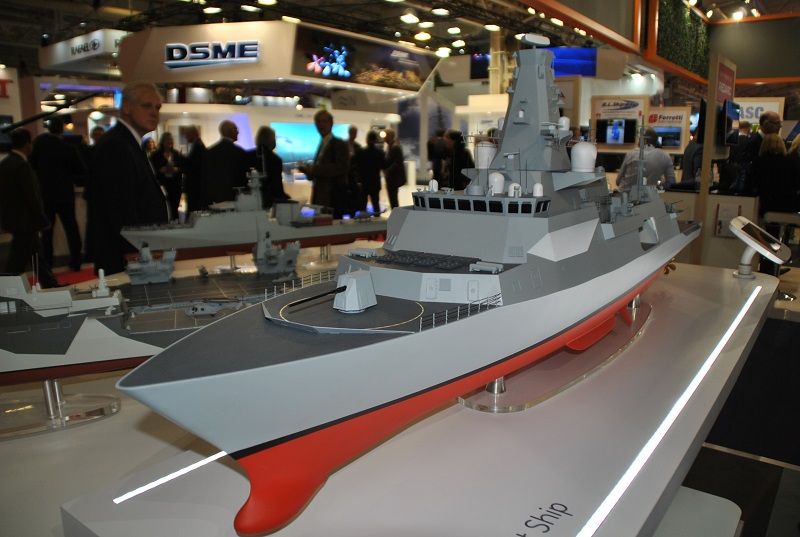