A radio developed by L3Harris Technologies in collaboration with the US Army has secured a big export order barely a month after its official launch.

The RF-9820S compact team radio is the company’s name for a capability it developed with the US Army, who refer to the same system by the designation AN/PRC-171. The radio has been in low-rate initial production since July, and in October was reported as being rolled out over the following year to four Infantry Brigade Combat Teams.

The radio is described as ruggedised and easy-to-use, with up to 20hrs continuous use from one charged battery. It supports a number of waveforms, including the wideband MANET [mobile ad hoc network]. The system includes elements of technologies developed for other L3Harris radios, including the AN/PRC-163, which Canada selected for its Integrated Soldier System Project. Its accessories are interchangeable with the FALCON family of radios from the same manufacturer. 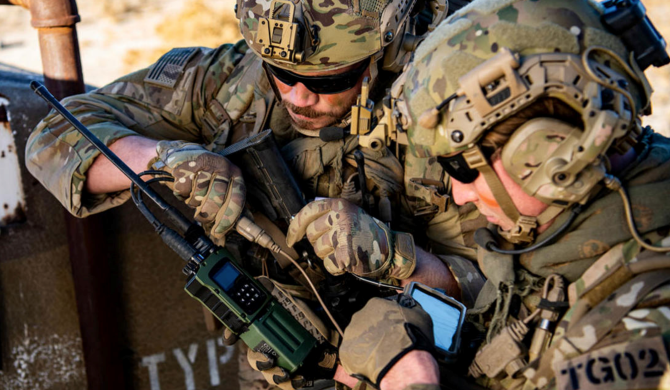 The RF-9820S will allow Canadian infantry teams to spread out further without losing connectivity. (Photo: L3Harris)