Search for Membership now More Than a Decade Old

With the NATO Summit approaching, Kyiv is pushing its bid for a Membership Action Plan (MAP) by this summer. Will these efforts bear fruit? Ukraine’s decade-long aspiration for NATO membership deserves closer examination.

After the breakup of the Soviet Union in 1991, Ukraine was the first post-Soviet republic to join the Partnership for Peace (PfP) programme, in February 1994. By 1997, the parties had already signed the Charter on a Distinctive Partnership – a document that remains to this date the basis for NATO-Ukraine cooperation, and on which other frameworks have been built over time.

The first real but unsuccessful effort to obtain a MAP was prior to the 2008 Bucarest Summit, where both Ukraine and Georgia’s requests were refused due to a lack of consensus: the Bush administration was largely in favour of granting MAPs, while the European powers were divided on the issue. Failure to provide these two nations with the MAP was perceived in Moscow as Western weakness. Just months later, Russia intervened militarily in Georgia.

In 2010, Viktor Yanukovych won the elections in Ukraine and tried to derail the country from the NATO membership path. This ‘pause’ was brief: by 2014 he had fled the country as Russian troops occupied Crimea and prepared the way for covert operation in the Donbas. Petro Poroshenko, elected in June 2015, resurrected NATO membership as a strategic goal for Ukraine’s foreign policy.

In 2019, Volodymyr Zelenskyy won the presidential election on promises “to end the war in Donbas,” and was quite ambiguous on NATO membership with his inaugural speech containing the word “NATO” only once, declaring that “it is necessary not to talk about the NATO standards, but to make those standards”.

But two years since his election, we see Zelenskyy pushing hard for Ukraine’s membership in NATO and the European Union. His administration has become massively engaged with Western leaders, with Central Eastern Europe mostly supporting his efforts, while he continues to face a degree of scepticism in the West. His recent visit to Paris must have made clear that Kyiv cannot expect Franco-German support for its NATO bid.

Ukraine has also to work with its immediate neighbours. For instance, Hungary has blocked meetings of the NATO-Ukraine Commission for several years, in an attempt to leverage its influence in the Transcarpathian region of Ukraine. On the other side of the Atlantic, Kyiv also has to win its spurs with the new Biden administration, which will take time.

As previous NATO enlargement waves have shown, political will in the candidate member state is the key prerequisite for joining the Alliance, while reform comes next. Given the current climate, it seems highly unlikely that Kyiv can expect a MAP next month in Brussels. Enhanced Opportunity Partner status, which Ukraine managed to secure last year, seems to be the best Kyiv can hope for vis-à-vis its status within NATO, at least for the near future. 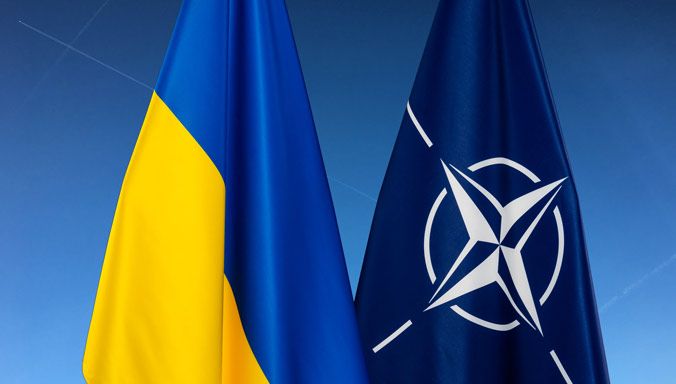