Schiebel has confirmed its Camcopter S-100 platform is being used by the Romanian Border Police, with the aircraft being operated by the European Maritime Safety Agency (EMSA).

The aircraft first flew in support of the Romanian border authorities last year, and this second deployment, which began in March, is due to carry on until August. The aircraft is based in Mangalia, on Romania’s Black Sea coast, approximately 100km from the country’s border with Ukraine. The aircraft’s published range and endurance figures are 180km and 6 hours respectively.

According to Schiebel, the aircraft flew 50 planned missions during the first two months of the current deployment, and has clocked up in excess of 170 hours in the air. The Camcopter carries an L3 Wescam electro-optical/infra-red gimbaled sensor, the PT-8 Oceanwatch passive image-based radar manufactured by Overwatch Imaging, an emergency beacon locator and an automatic identification system receiver.

“The value of this service has been clearly demonstrated in our previous Romanian operations last year and we are proud to support the Romanian authorities once again,” stated Hans Georg Schiebel, Chairman of Schiebel Group. “Our EMSA operations have also been conducted in several other European countries, including Denmark, Finland, Estonia, Spain and France.” 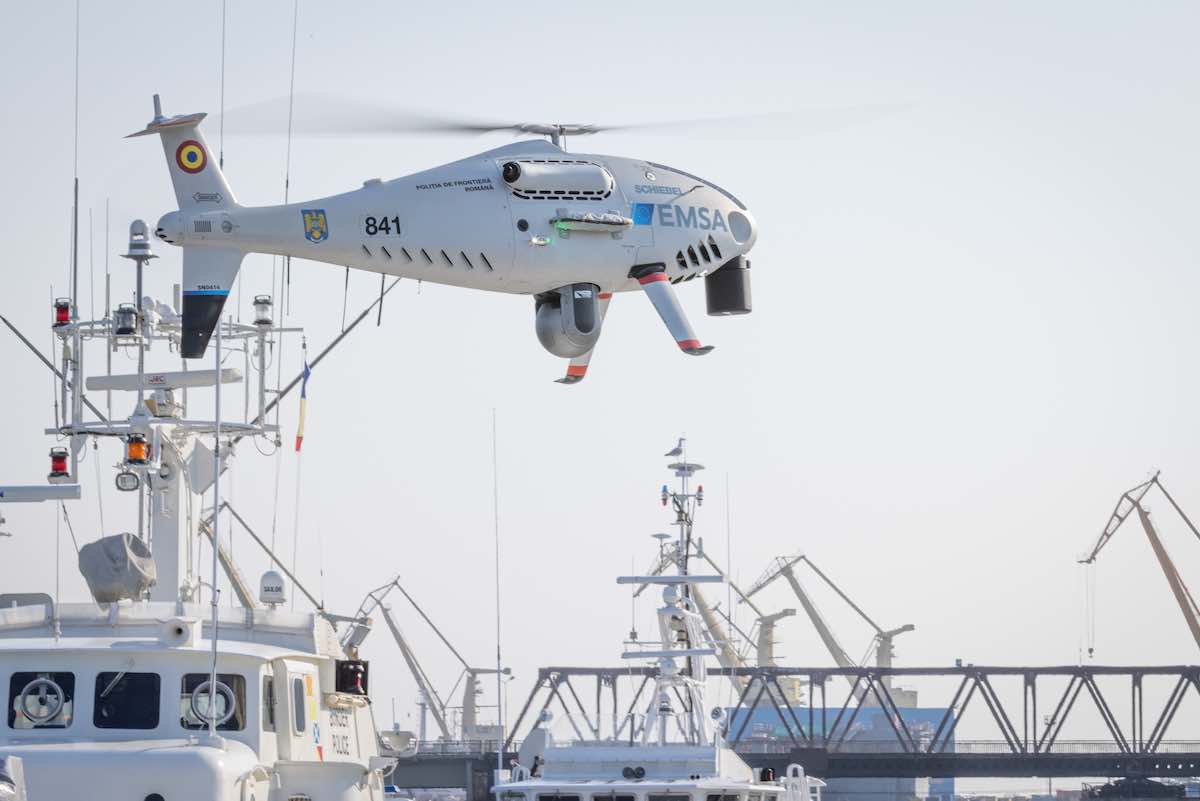 The Camcopter aircraft with its EMSA livery and sporting a Romanian Air Force emblem aft of its serial number and roundel on the tail. (Schiebel)