Bundeswehr to Procure Thales Solution for Camp and Convoy Protection

Thales is to provide the Bundeswehr with its GROUND ALERTER 10 (GA10) early warning system for camp and convoy protection, the company announced on 21 April.

The system will provide counter-rocket artillery and mortar (C-RAM) alert and early warning of the projected impact zone, enhancing force protection capabilities in static and dismounted scenarios. It offers the precious seconds required for troops to evacuate or seek shelter, thus saving lives. Portable and featuring the lowest weight in its class, GA10 deploys a fully automatic 24/7 sense and warn capacity and very low power consumption, at 350W, facilitating Li-on battery-power only operations – an immense tactical advantage for out-of-area missions.

The contract, the result of a tender issued last December, calls for training, documentation and initial spare parts, in addition to the initial units, for which the first delivery is scheduled for the end of this year. It also includes options for procurement of further units.

Combat-proven in multiple missions, including use in protecting UN camps in Mali and by French forces in several out-of-area operations, GA10 is a portable C-RAM ‘sense and warn’ system with an integrated alert network that generates an acoustic and visual alert at the estimated impact point area, as soon as the trajectory indicates imminent impact. It simultaneously provides reliable data on the firing position at an early stage, to facilitate potential response. The system consists of a UHF radar, an integrated alert network with multiple wireless and wired alert devices and a hardened laptop as a control device. Easy to transport, set up and operate with limited personnel, the system is well suited for dismounted operations for convoy protection. Two people can set up or break down, with only one required for system initialisation and monitoring. Its light weight allows for re-deployment by protected vehicle or helicopter.

In collaboration with the Bundeswehr authorities, Thales “managed to process the project within only two months between tender award and the contract conclusion. Ground Alerter 10 is a European design, with final development in Germany – a military-off-the-shelf series product – drawing on strong radar expertise and operational experience in Germany,” commented Christophe Salomon, Executive VP Land & Air Systems. 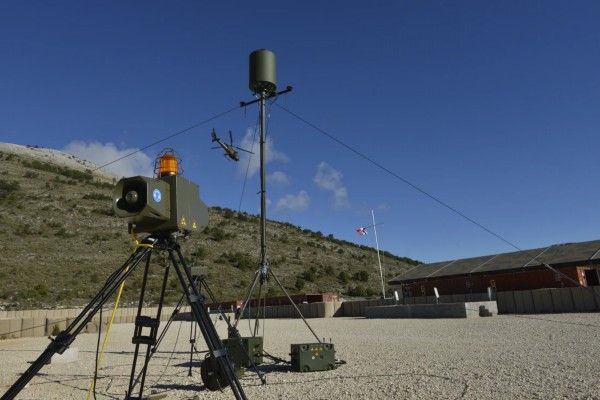