Replaces UBVT and Paves the Way to Replace CAST and CATT

Replacing the current Unit-Based Virtual Trainer (UBVT), by 1 April 2022, ICAVS(D) has the potential to significantly exceed the current capability in scale, size and complexity. Drawing on the latest high specification hardware and using Defence Virtual Simulation software, the platform will deliver immersive virtual training and will help inform the requirements for the future replacement of Britain’s Command and Staff Training (CAST) and Combined Arms Tactical Trainer (CATT) systems.

Usable by both regular and reserve soldiers, ICAVS(D) will also provide the ability to conduct experimentation and collective readiness training, from vehicle crews to the combined arms sub-unit level. The platform will allow for rehearsal of complex operational environments in all weathers, terrains and environments, accurately reflecting the range of operational settings and equipment expected in contemporary operating environments.

Delivered as a full service by Elbit Systems UK’s Training Support Team, ICAVS(D) will be able to support the British Army’s training at a time and place of its choosing. It can be deployed within barracks and on training areas, giving users significantly increased flexibility as to when and where they are able to train.

This contract follows the company’s other major training programme awards for the British armed forces, including the Joint Fires Synthetic Trainer and Joint Fires Mobile Trainer for the Army, Project Selborne for the Royal Navy, and the delivery and operation of three types of aircraft, through its subsidiary Affinity, for the UK Military Flying Training System.

“Increased flexibility and fidelity are crucial to the effective training of the British armed forces. Elbit Systems UK’s deployable, high-specification platform will enable the Army, both reserve and regular, to develop and maintain operational readiness for a range of environments and scenarios. We are already delivering advanced training capabilities to the British Army and Royal Navy,” commented Elbit Systems UK CEO, Martin Fausset. 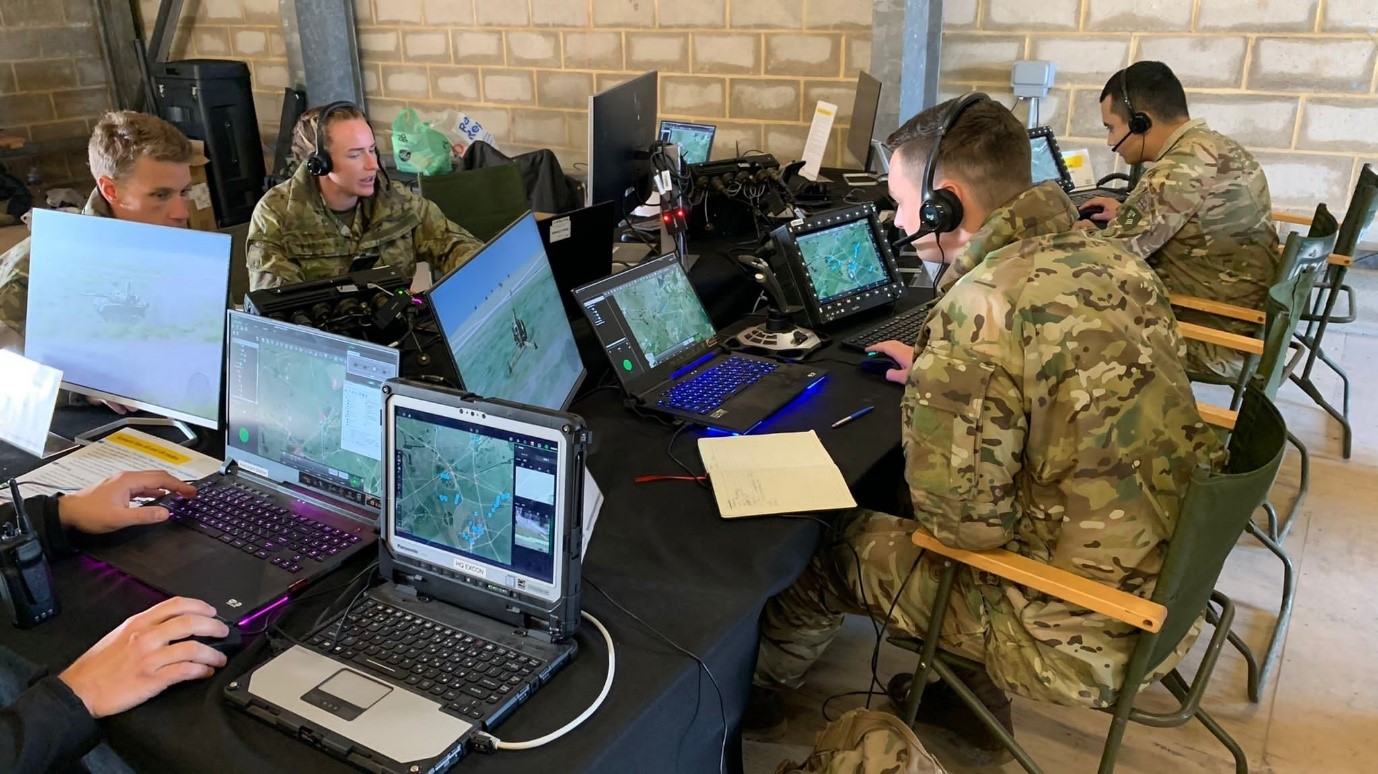 ICAVS(D) will transform the Army’s approach to training and paves the way for modernisation of the entire tactical training continuum. (Photo: Elbit)