Success Will Open Door to US Procurement

Upcoming flight trials set to pave the way for a procurement decision on Leonardo’s expendable active decoy by the US government. BriteCloud is a countermeasure technology that uses miniaturized jamming to protect combat aircraft from incoming missiles. Designed and built in the UK, BriteCloud is in service with the Royal Air Force.

The BriteCloud 218, is an expendable, active decoy, and is progressing quickly towards flight trials on US Air National Guard (ANG) F-16s, which form the final stages in DoD’s Foreign Comparative Testing (FCT) programme for the product. Successful completion of the FCT will open the door to potential US procurement.

BriteCloud is an RF countermeasure for combat, transport and special mission aircraft. Fired like a flare, it uses a powerful miniature jammer to protect the aircraft from radar-guided surface-to-air and air-to-air missiles. Uniquely, BriteCloud packs gold-standard EW jamming technology known as DRFM (Digital Radio Frequency Memory) into each round. This allows BriteCloud to transmit a convincing ‘electronic ghost’ signal, to lure away incoming missiles, keeping crew and aircraft safe.

The FCT programme is designed to find, evaluate and field products produced by US allies, where they offer unique capabilities at high technology readiness levels. Leonardo’s BriteCloud was selected for the FCT programme in 2019 following, its entry into RAF service. Since then, Leonardo and the US ANG have worked closely to drive the FCT forward, including delivering training to members of the ANG test team. Modules to date have covered programming and testing the decoy using BriteCloud demonstration units. Further planned training includes loading mission data onto BriteCloud rounds. Flight trials with instrumented inert rounds are planned for later this year, with live fire exercises taking place in early 2022.

BriteCloud is available in different variants for a range of aircraft types. The US ANG is evaluating the BriteCloud 218 (2x1x8 inch ‘brick’ round), which is compatible with the Air National Guard’s F-16 dispensing system. BriteCloud is also available in a ‘55’ variant, suitable for 55mm round-format dispensers on aircraft such as the Eurofighter TYPHOON, Saab GRIPEN E and TORNADO GR4, and a ‘55-T’ variant, designed to protect transport aircraft, special mission aircraft and helicopters. 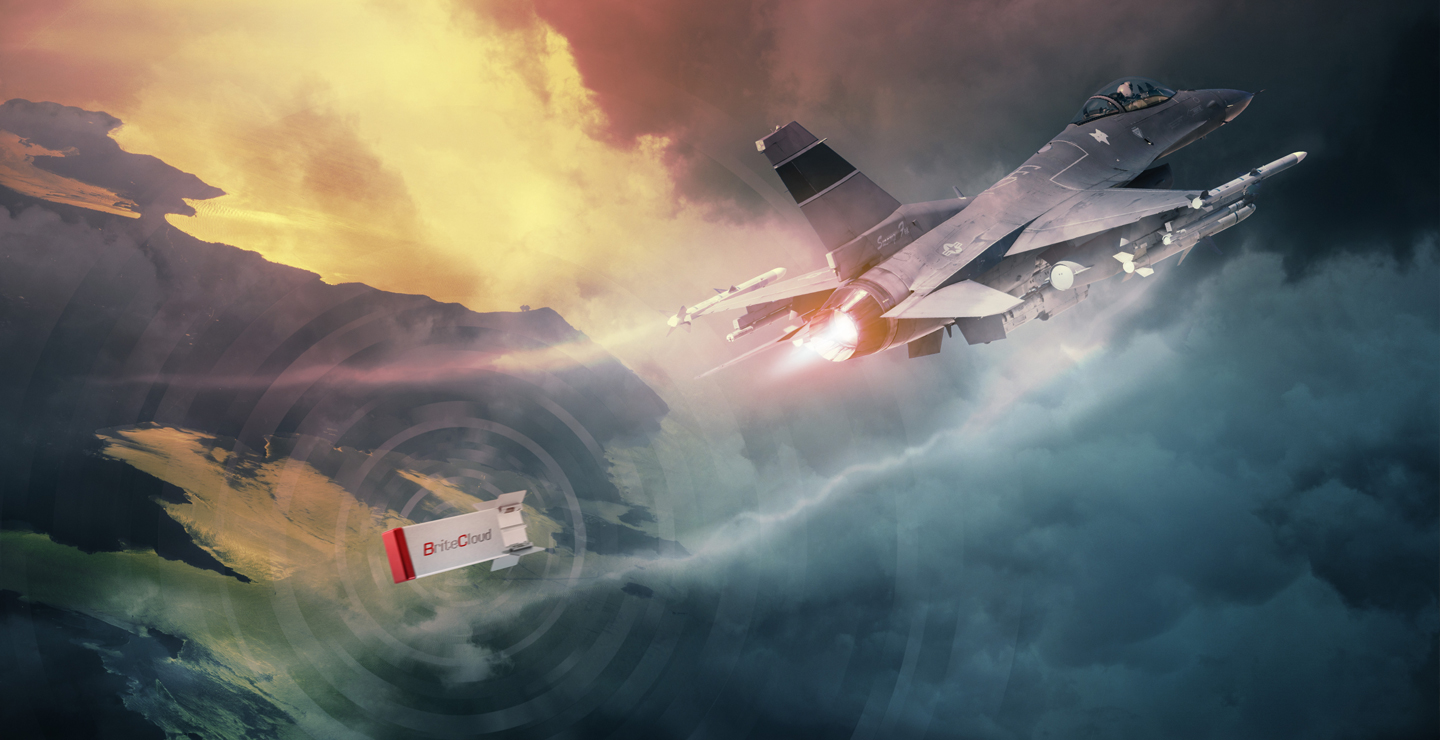