“Most Complex Configuration” of Multirole Helicopter

Airbus and Brazilian partner Helibras have completed the first naval-combat-configured H225M helicopter and delivered it to the Brazilian Navy.

“…this achievement… proves the industrial and technological capability of the Airbus Helicopters teams in France and Brazil to deliver one of the most modern solutions in the world to the Brazilian Armed Forces,” Alberto Robles, Head of Latin America at Airbus Helicopters, stated. “Designed to meet the most demanding requirements of the Brazilian Navy, the advanced anti-surface warfare and tactical capabilities open new mission capabilities for the H225M utility helicopter.”

The H225M was formerly known as the Eurocopter EC725 CARACAL. It was first delivered to the French Air Force in 2005 for combat search and rescue, and was first used operationally to evacuate civilians from Lebanon six weeks after its formal entry into service. Brazil has ordered 50 of the type, in various configurations and for different branches of its military: 39 have so far been delivered. 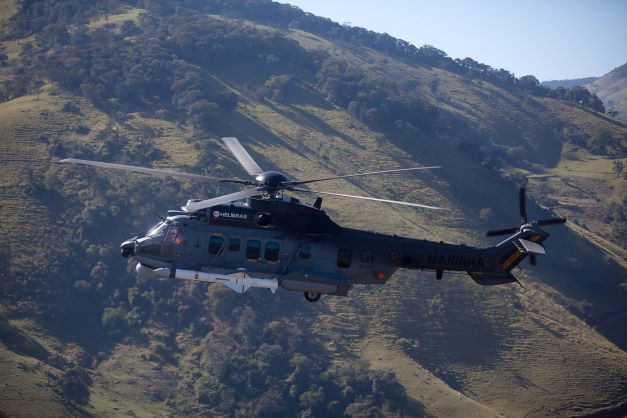