The Brazilian Navy received its third and last Airbus H135 helicopter on 17 December, completing the order placed to replace the AS355F2 Ecureuil aircraft in Arctic operations with the HU-1 ‘Esquadrão Águila’ unit. The aircraft will operate from São Pedro da Aldeia, in Rio de Janeiro.

In February 2019, the Brazilian Navy bought three second-hand H135s, plus after-sales support for five years and a complete overhaul by Helibras. The aircraft are designated UH-17 by the force, and the first two were delivered in February and July 2020 respectively. Two kits for conversion to an aeromedical evacuation configuration were also procured. 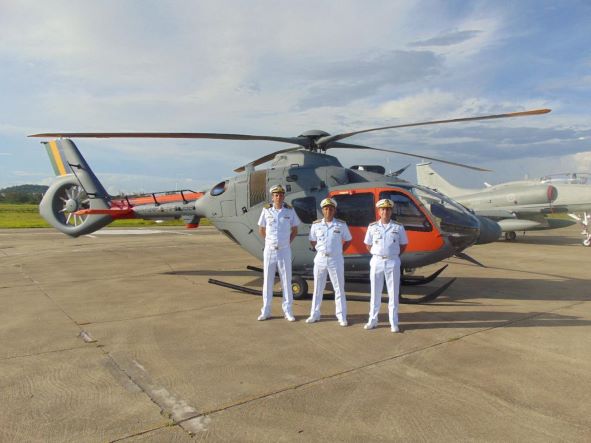 The three H135 helicopters will replace aging AS355F2 Ecureuil, which have been used in Arctic operations. (Photo: Brazilian Navy)