In February, personnel from the Brazilian Army’s Manufacturing Directorate (EB-DF) visited IMBEL to take delivery of a test batch of the 7.62x51mm IA2 assault rifle, which has been specified under the Army Strategic programme (Prg EE).

The test batch of 50 rifles will be sent to the Army Assessment Center (CAEx), where it will undergo technical and operational evaluation. Thereafter, IMBEL will continue to manufacture the first batch, consisting of 1,450 rifles, under the contract signed on 30 July last year.

During the February visit, DF personnel viewed the production line and were informed of the recent changes to IMBEL’s Itajubá factory, which include improvements in production capacity as well as operational efficiency, investment in new machinery and overall factory modernisation. They also had the opportunity to fire rifles from the test batch. 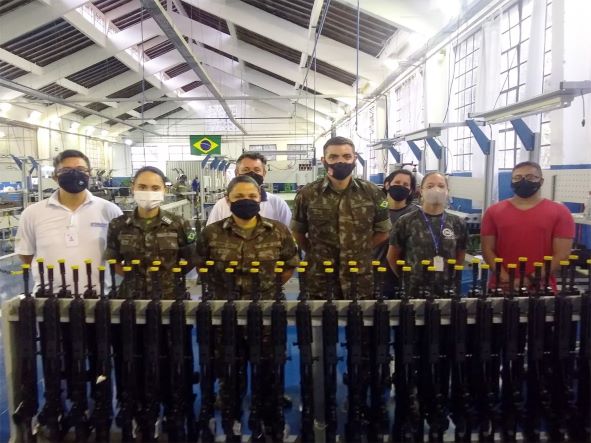 Delivery of the initial batch of IA2 rifles to the Brazilian Army. (IMBL)