In an $80.5 million agreement, the Brazilian Air Force (FAB) has acquired two Airbus 320-200, previously owned by Azul Linhas Aéreas, to be assigned to strategic transport and in-flight refuelling (IFR) missions.

This capability has been lacking since the October 2013 retirement of the last KC-137E. The lease of a Boeing 767-300ER for three years from 2016 did not fill this capability gap, since the aircraft lacked a side loading door or any IFR equipment.

The FAB will send the two aircraft to Airbus in Spain, for conversion to the Multi Role Tanker Transport (MRTT) configuration, which will include cabin floor reinforcement for bulky loads.

Details of timelines and elements to be included in the conversion, such as the EW suite and other military equipment and systems, have not yet been released. 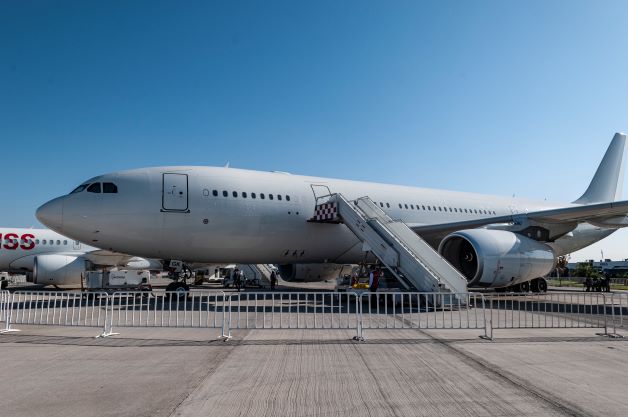 An Airbus A330 MRTT, shown recently in FIDAE airshow in Chile, similar to those to be operated by the FAB. (Santiago Rivas)