Welding work for the first BOXER hull destined for the British Army began on 7 June – precisely on time – at Rheinmetall’s Kassel plant in Germany.

Development of the four configurations of BOXER required under the UK’s Mechanised Infantry Vehilce (MIV) programme began in late 2019 and the first milestones were achieved a year later. Artec – the Rheinmetall/Krauss-Maffei Wegmann joint venture with which London signed the approx. €2.6 billion procurement contract (via OCCAR) in November 2019 – has engaged Rheinmetall to develop and construct the initial prototypes and first series production vehicles in Kassel, with significant UK-sourced content, such as the remotely-controlled weapon stations (RWS), generic vehicle architecture (GVA) components, local situational awareness and emergency lighting systems.

The bulk of manufacturing activity will move to the UK in 2023, however, principally at the British plants of Rheinmetall BAE Systems Land (RBSL) and the KMW subsidiary, WFEL. The vast majority of BOXERs for the British Army will be built in the UK. Rheinmetall is now actively pursuing the transfer of know-how – specifically its special welding expertise – to British colleagues at RBSL.

In total, the British Army is procuring over 500 BOXERs in several variants: Infantry Carrying Vehicle, Command & Control, Field Ambulance and Specialist Carrier – the 8×8 protected vehicle’s modular architecture allows for an unrivalled level of diversity – over 20 separate configurations are under contract by four NATO nations (Germany, Lithuania, the Netherlands and the UK), and Australia –  has also ordered 211 BOXERs in several variants. Delivery of the UK’s vehicles is slated to begin at the end of 2022. 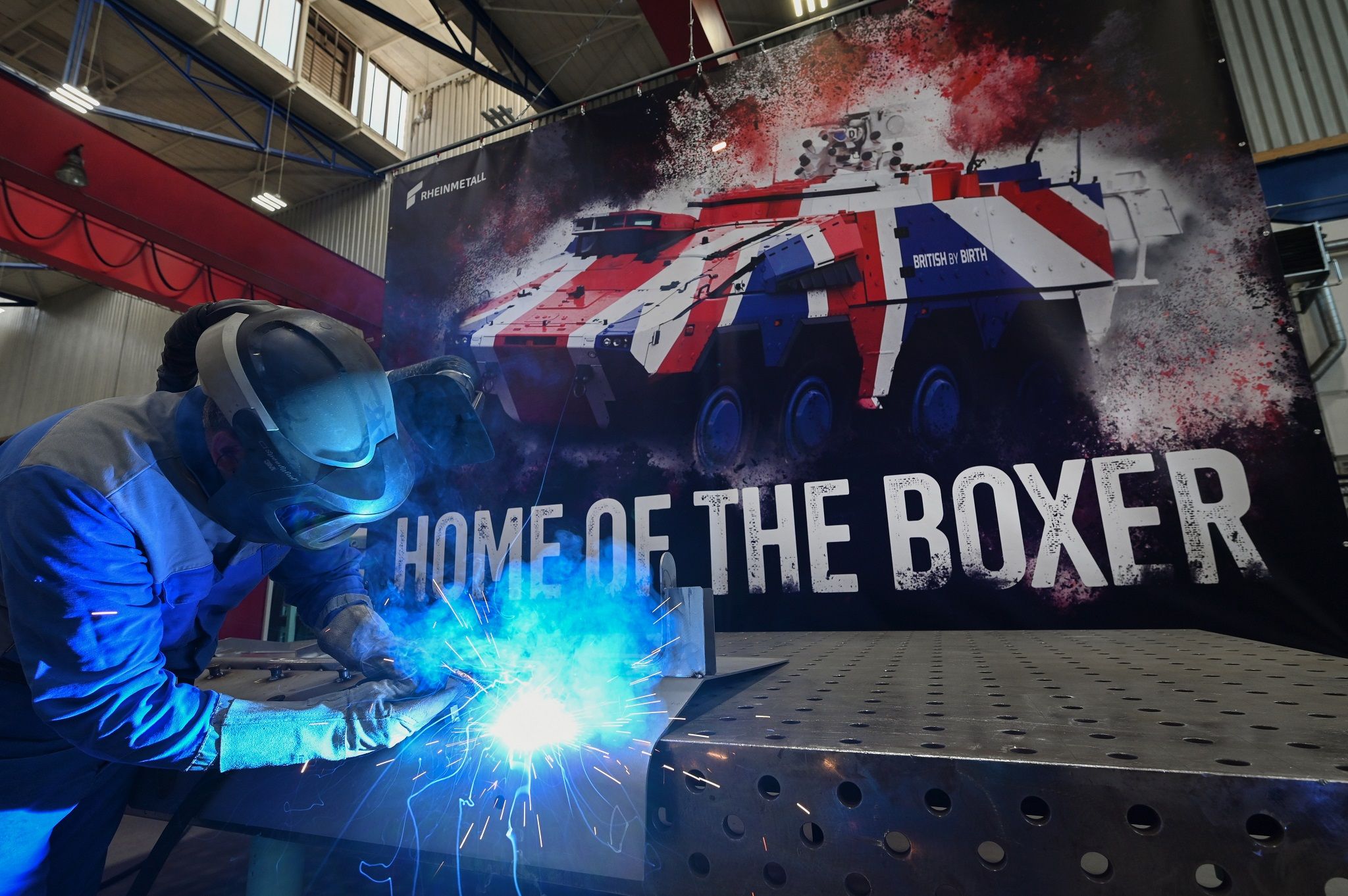 Work begins on construction of the first BOXER MIVs for the British Army. (Photo: Rheinmetall)