The new contract, which will “ensure the sustained delivery of mission-critical logistics information including spares, supplies and munitions, transport and movement, engineering and maintenance, and general finance and accounting,” according to Boeing, will run for five years and will support more than 300 jobs within Boeing’s UK defence division, mostly at sites in Bristol and Milton Keynes. A further 375 jobs in the associated supply chains, including with such companies as Fujitsu, BAE Systems and IBM, will also be sustained as a result.

The contract confirms Boeing’s continued role providing the ministry’s Logistics Information Services (Log IS), which the company took over the running of in 2011. An MoD release uses this terminology to refer to the new contract, while Boeing’s release refers to the new contract as part of the Future Logistics Information System (FLIS) programme.

Boeing says that, since 2011, it has “helped modernise and transform a legacy IT estate for the MoD“. This rationalisation has seen a reduction, by more than half, of the software applications in use across the defence logistics information system, and has consolidated what had previously been six separate MoD data centres down to two, both managed by Boeing. Nine different service desks have been merged into a single ‘virtual desk,’ according to Boeing – a single, 24/7/365 point of contact for LogIS issues. Still, the LogIS ecosystem involves 26 partner companies and integrates over 100 software applications.

“For the last decade, we have been on a journey of transformation with the Ministry of Defence to modernise and optimise the UK armed forces logistics and support chain,” stated Anna Keeling, Boeing Defence UK‘s Managing Director. “This new contract will see Boeing continue to ensure mission-critical defence logistics systems are maintained and sustained so that our military personnel can operate effectively around the globe.” 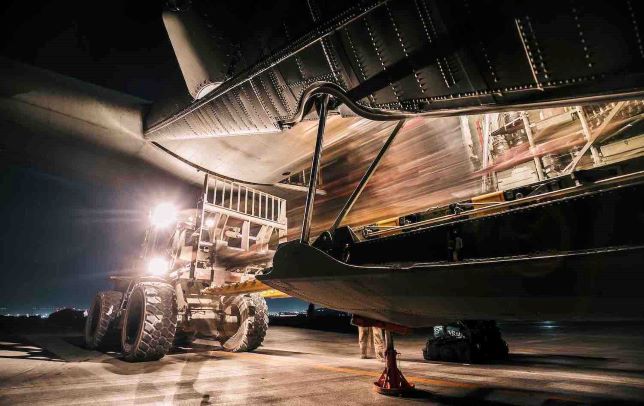