Boeing introduced a new unmanned aerial system (UAS) for the Australian market that is designed to provide multi-mission support to air control missions. It is being developed under a research and development contract award and is named the Boeing Airpower Teaming System. Also nicknamed the ‘WINGMAN,’ it will be designed to network with existing Royal Australian Air Force (RAAF) aircraft and extend airborne missions and customised for a series of roles.

BAE Systems Australia was selected to increase the Australian Industry Content (AIC) of the platform by providing its autonomous operations capability that the company has developed with its NULKA off-board decoy and TARANIS UAV. Boeing is also teamed with Kratos Defense that estimates it can build the aircraft for A$2 million each.

According to Boeing, the UAS will have ‘fighter-like’ performance and will be the size of a standard fighter aircraft with a length of about 11.7m and a range of more than 2,000 nautical miles. A first flight is planned for 2020 with Boeing’s Phantom Works division as the lead developer.

It is planned to install sensor packages that will give is an intelligence, surveillance and reconnaissance (ISR) mission and electronic warfare capability. It will also include artificial intelligence to support and operate alongside manned aircraft safely.

Images released by the company show that it has a stealthy design to the airframe and will have to keep pace with manned fighter jets like the F/A-18F Super HORNET and F-35A. It could offer a supplementary attack capability with swarm-type characteristics that could overwhelm the air defences of rival countries.

“The Boeing Airpower Teaming System will provide a disruptive advantage for allied forces’ manned/unmanned missions,” said Kristin Robertson, Vice President and General Manager of Boeing Autonomous Systems. “With its ability to reconfigure quickly and perform different types of missions in tandem with other aircraft, our newest addition to Boeing’s portfolio will truly be a force multiplier as it protects and projects air power.”

“This aircraft is a historic endeavour for Boeing. Not only is it developed outside the United States, it is also designed so that our global customers can integrate local content to meet their country-specific requirements,” said Marc Allen, President, Boeing International. “The Boeing Airpower Teaming System provides a transformational capability in terms of defense, and our customers – led by Australia – effectively become partners on the programme with the ability to grow their own sovereign capabilities to support it, including a high-tech workforce.” 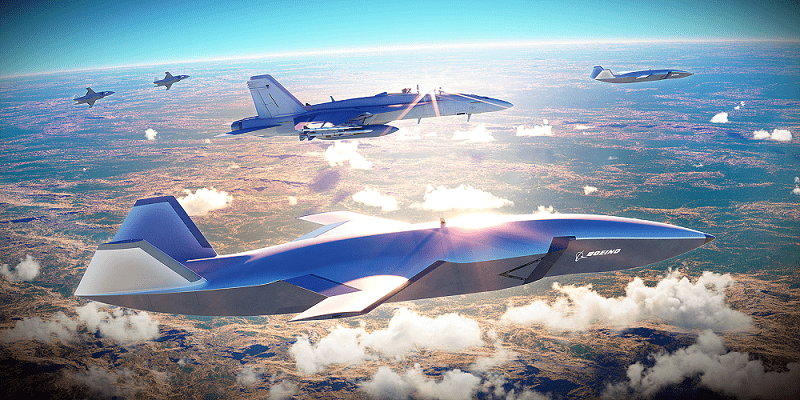