Boeing Unveils First T-7A to be Delivered to USAF

Boeing unveiled the first T-7A Red Hawk advanced trainer on 28 April, prior to its delivery to the USAF, which has 351 of the aircraft on order.

The aircraft will remain in St Louis, where it will undergo ground and flight tests before being delivered to the USAF. The T-7A programme resides in Boeing’s St Louis facility, with the aft section being built by Saab in Linkoping, Sweden. Saab will soon start producing that section at its new production facility in West Lafayette, IN. 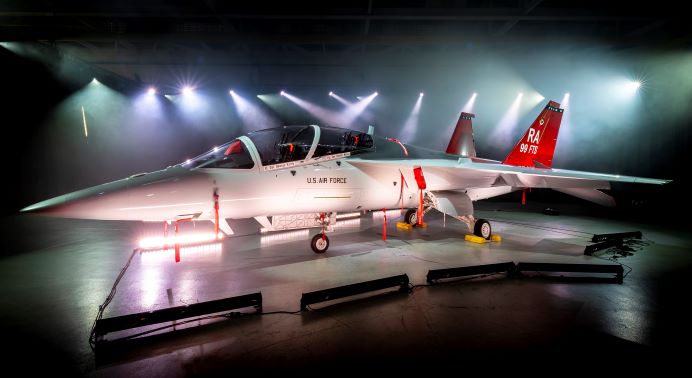 The first T-7A sporting livery in honour of the Tuskegee Airmen, the first African-American aviation unit to serve in the US Army. (Boeing)