Five Aircraft to be Delivered from 2024

The US Navy awarded a contract to Boeing on 28 September for five P-8A POSEIDON maritime patrol aircraft to be delivered to Germany from 2024. To replace the nation’s current P-3C ORION fleet.

German industry is a critical partner to the P-8A POSEIDON program. By working with local partners, Boeing will provide support, training and maintenance solutions that will bring the highest operational availability to fulfil the German Navy’s missions. Boeing has agreements in place with ESG Elektroniksystem-und Logistik-GmbH and Lufthansa Technik AG to collaborate in systems integration, training, and sustainment work. German companies currently supplying parts to the programme include Aircraft Philipp Group GmbH, Aljo Aluminium-Bau Jonuscheit GmbH and Nord-Micro GmbH.

“With strategic agreements and industry partnerships already in place, we stand ready to deliver a robust sustainment package for the German Navy’s P-8A fleet,” observed Dr Michael Haidinger, President, Boeing Germany, Central & Eastern Europe, Benelux and Nordics. “Together with the German Navy, the Federal Ministry of Defence and local industry, we will ensure maximum operational availability that will allow the German Navy to meet the full range of its maritime challenges.”

Germany is the eighth nation to have acquired the P-8A, joining the United States, Australia, India, the United Kingdom, Norway, Korea and New Zealand. MON previously reported the acquisition on 1 July: Germany Signs up for POSEIDON | MOENCH PUBLISHING GROUP (monch.com) 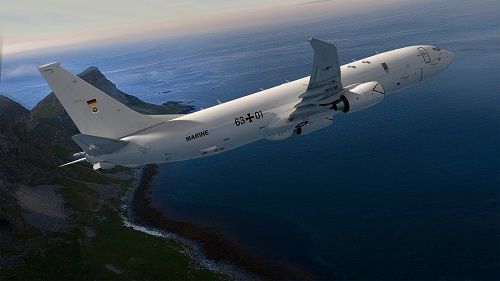