Boeing, in partnership with Korean Aerospace Industries (KAI), among other key suppliers, has delivered the first new wing-set for the A-10 Thunderbolt II fleet to the USAF, the company announced on 25 May 22.

Awarded the contract in August 2019, Boeing is set to deliver 50 wing-sets, each consisting of outer and centre wing assemblies, control surfaces and fuselage integration kits. Boeing Global Services revived the tooling from the previously dry line, and reactivated the supply base within 12 months of contract award. The company’s previous experience with the A-10 includes delivering 173 enhanced A-10 wing assemblies under a separate contract.

“The A-10 serves a critical role for the Air Force [and] we have started full rate production and are actively supporting the customer’s installation schedule,” commented Dan Gillian, VP of US Government Services for Boeing Global Services.

The upgraded wings are more durable, efficient, and easier to maintain, extending A-10 flying life to 10,000 hours. 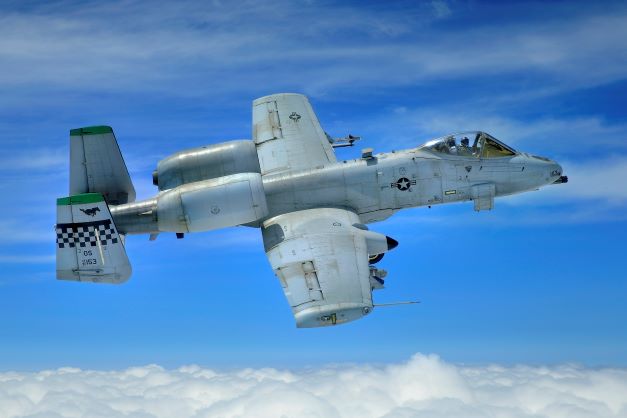 According to The World Defence Almanac 2021, the USAF operates a total of 281 Warthogs. (USAF)