The simulated mission scenarios included the E-2D successfully acting as the air wing ‘tanker king,’ while the MQ-25 refuelled the F/A-18, in addition to supervising the MQ-25 during an ISR mission. The E-2D was able to conduct MUM-T operations with the MQ-25 using only existing operational flight programme software. “Two of our key findings from this early demonstration with existing data links are that initial MUM-T capability between MQ-25, E-2D and F/A-18 is achievable with minimal change to the crew vehicle interface and could be integrated into earlier MQ-25 operational deployments,” commented Don Gaddis, MQ-25 Advanced Design at Boeing.

The team also demonstrated how anticipated carrier air wing concepts – such as the F/A-18 and E-2D changing the tanker’s orbit station, flight path or aerial refuelling store payload – were made routine and repeatable with the unmanned MQ-25. This required minimal changes to the F/A-18 cockpit display, helping to reduce pilot workload while supervising unmanned operations and providing consistency with how pilots operate and train today.

“As a result, pilots can call a ‘play’ for the unmanned system, much like a coach,” Gaddis added. “This ‘play call’ ability greatly simplifies the supervising pilot’s workload and minimizes the data link exchanges required. It’s all part of building platform-agnostic, portable and reusable MUM-T software.”

“This demonstration of the E-2D Advanced HAWKEYE controlling the MQ-25 builds on our experience in integrating unmanned systems into carrier flight operations. As the airborne command and control node, E-2D will be a critical component to enabling the US Navy’s Unmanned Campaign Framework,” said Janice Zilch, VP Manned Airborne Surveillance Programs at Northrop Grumman. “We work closely with industry partners and the Navy in support of meaningful technology demonstrations that showcase E-2D’s agile environment, interoperability and unmatched command and control capabilities.” 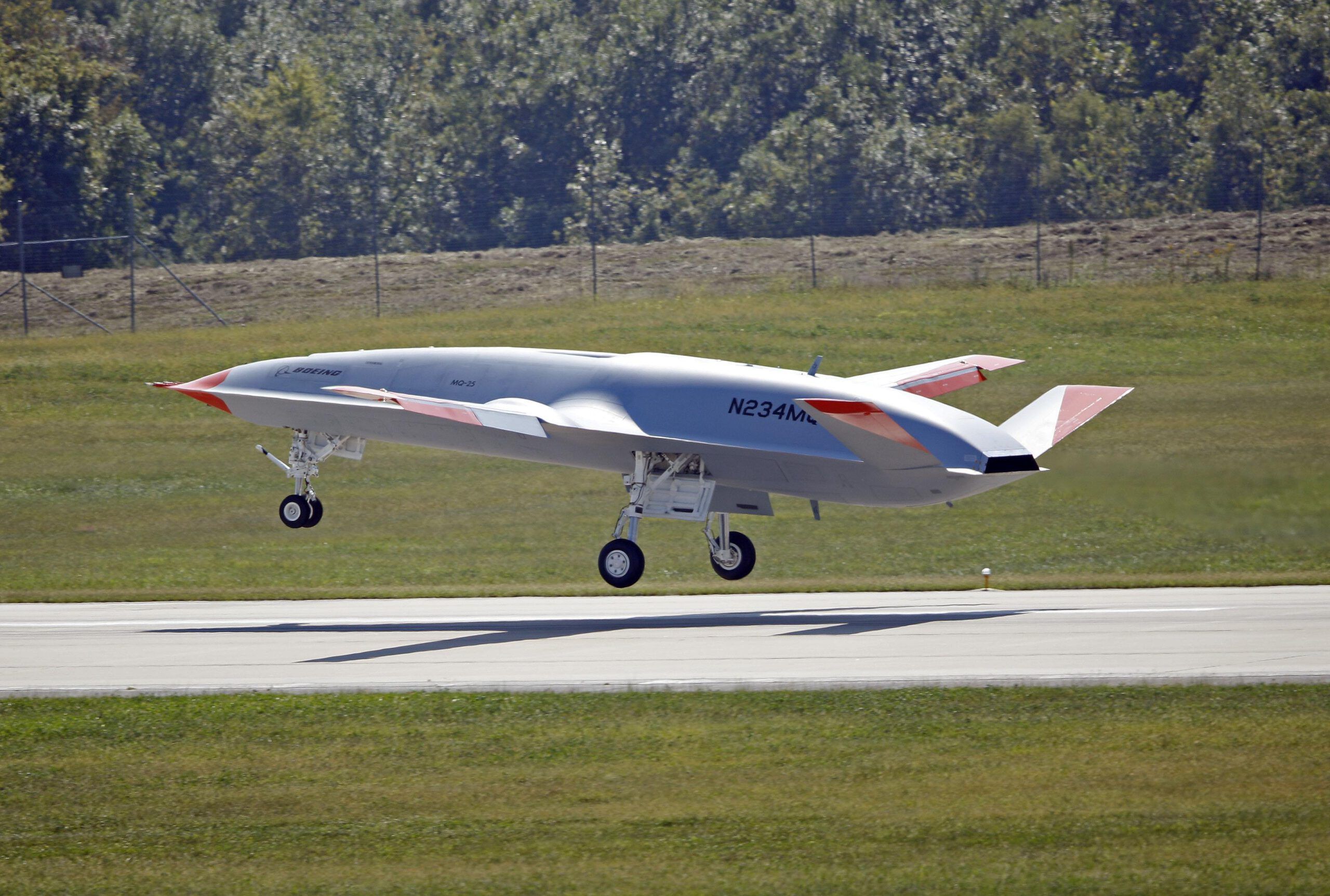