Blood in the Water?

As the new coalition government settles in to a period of policy consideration and formulation, a number of pressure groups from the poles of the German political spectrum may conspire to make life…interesting, MON observes.

The left wing of the SPD last week resurrected the question of arming UAS, despite an unequivocal statement in the coalition contract affirming the new government’s support for the concept. The Greens will undoubtedly support this protest move, which may well come to dominate the defence issue in Germany in coming months. Pressures within the rank and file of the SPD may well reinforce such an initiative.

Ministerial and Parliamentary Undersecretarial appointments within the economic and foreign affairs portfolios may also bring the thorny question of arms exports to the fore once more. Katja Keul (Minister of State at the Federal Foreign Office) and Jürgen Trittin (a prominent Green and former pre-Merkel federal minister) have put forward the concept of a law to curb arms exports to ‘authoritarian’ regimes. Since Keul’s position exerts considerable influence over government decisions regarding such matters, the issue is likely to be debated at some length, both behind closed doors and in the public domain, with the potential for legal disputes affecting entire swathes of Germany’s defence industry.

Other potentially contentious issues looming on the horizon include the selection of a successor to the Tornado and a host of nuclear-related issues, some stemming from that selection process. With the F-35 having been rejected by the previous government, the choice for a successor aircraft lies primarily between the F/A-18 and the Eurofighter. Neither is certified for nuclear carriage, however – and the new coalition government seems to have committed to considering the relevant certification process in order to maintain German participation in NATO’s nuclear mission while simultaneously espousing the concept of a nuclear-free Germany.

Ambivalence and evasion breed uncertainty – and both have been evident in early pronouncements of the coalition government. The eyes of Europe and, indeed, the world, will focus on the defence debate in Germany over the coming months and years. So, too, will the shoals of circling political sharks intent on deriving tactical advantage from distorting or influencing the debate. 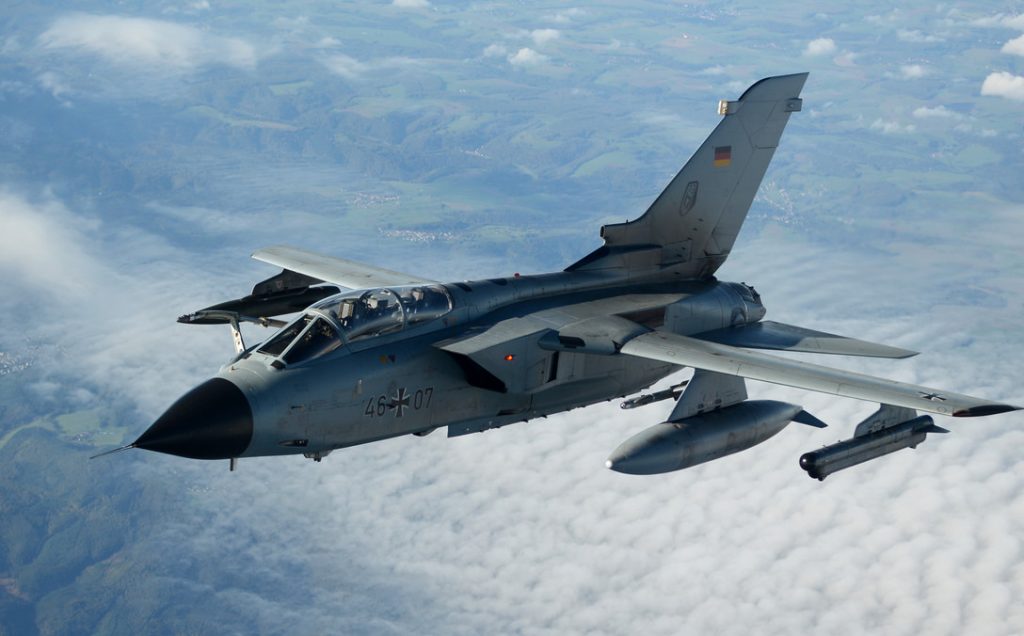 Selection of a replacement for the Luftwaffe’s Tornado will be an early test of the stability and decisiveness of the new coalition government. (Photo: Royal Air Force)