Blighter Surveillance Systems has announced it has been awarded a contract to supply four electronically-scanned C400 series coastal security radars to an undisclosed customer in west Africa. The equipment will be used to help protect three offshore oil platforms and an onshore refinery.

The 180° C422 radars can detect vessels at a range of up to 20km and are optimised to detect the kind of fast-moving, low-in-the-water vessels favoured by pirates and militants. The company will also be supplying its sea clutter filter (SCF) software which, it says, results in a low rate of false alarms. The systems will be installed and operational by the end of this year.

“This contract … demonstrate[s] the best-in-class capabilities of our C400 series onshore and offshore installation security radars in such a demanding environment,” said the company’s CEO, Angus Hone. “Blighter’s cutting-edge e-scan radars are well-suited to the challenges of detecting hostile vessels at sea, and providing vital early detection of threats posed to these facilities and their operators.”

In July, Blighter announced it had agreed to provide 25 B400 target acquisition radars to an undisclosed European defence company for integration onto a fleet of armoured fighting vehicles.  The C400 series is a development of the B400, and uses advanced Doppler signal processing to help distinguish vessels from waves and ripples. The company says this allows objects such as kayaks or RIBs to be detected alongside larger ships or in ports. 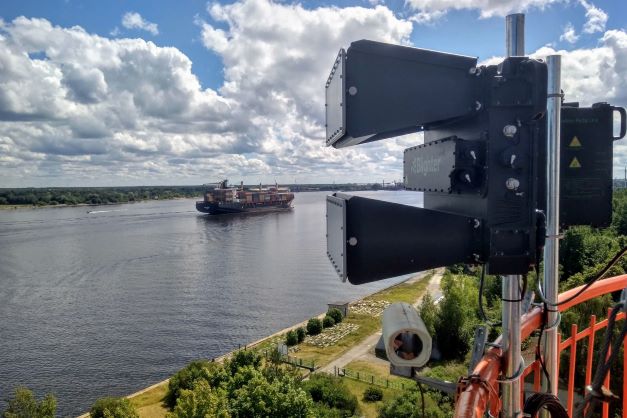