The increasing popularity among elite law enforcement and military Special Forces units for .300 BLACKOUT (7.62x35mm) ammunition has been evident at this year’s Enforce Tac, with firearms manufacturers and ammunition producers all showing what they can offer to meet the growing market demand for punchier 5.56mm alternatives.

In the run up to this year’s exhibition in Nuremberg, FN Herstal revealed that its SCAR-SC subcompact carbine was now available to customers in .300 BLK (story here). This configuration has been in development for some time, with company officials confirming not long after the SCAR-SC’s launch in late 2017 that a .300 BLK variant was planned.

FN Herstal’s news confirms what several industry firearm experts have noted during the show, that they currently see demand for .300 BLK conversions for smaller compact 5.56mm weapons that can be used in close-quarter scenarios.

SIG Sauer, for example, was showcasing its .300 BLK conversions on its MCX product range.

SIG Sauer currently offers a 6.75in and 9in barrel for .300 BLK MCX conversions, with the former on display with the company’s ROMEO4T red-dot sight, SRD762 suppressor and extended fore grip to cover most of the suppressor. The company also displayed an MCX RATTLER compact rifle with a 5.5in barrel for firing .300 BLK, which is effectively a competitor to the SCAR-SC.

Although rarely confirmed publicly, it is believed that several law enforcement units now use MCX rifles that can be configured to fire .300 BLK. Images posted on social media during the week also purported to show Belgium police trialling the SCAR-SC, although this has not been independently verified.

Steyr Arms also displayed its classic AUG in a new .300 BLK configuration at this year’s Enforce Tac (story here). “This type of ammunition is getting more and more popular,” said one Steyr official. The conversion has required a new gas system for the rifle owing to the lower gas pressure of the .300 BLK, including new piston and more positions for the operator.

Heckler & Koch did not display any .300 BLK rifles and one source said that it was unlikely to for the next few years. The company is concentrating on its 5.56mm and 7.62mm weapons, which are still being ordered and produced in large quantities, and meeting demand for close-quarter weapons through its 9mm range.

Ammunition specialists RUAG Ammotec told MT that it was seeing demand, “slowly increasing,” for .300 BLK, although it was still, “not that common,” among its customers as some units still preferred the higher velocity and flatter trajectory of 5.56mm round, particularly over longer distances. “There are some law enforcement units that are going in that direction,” said Benjamin Klement, responsible for law enforcement and defence sales at RUAG Ammotec.

Much still depends on the threat faced and the scenario in which the unit operates. The larger .300 bullet transfers far more energy into a target than a .223, resulting in greater incapacitation effect at closer range. A downside is the larger mass and lower velocity, which translates to sub-optimal aeroballistic performance over longer distances.

The company currently manufactures four .300 BLK natures, including standard full metal jacket and two Hallow Point Boat Tail (called Styx Action and Target) rounds that can be used by law enforcement. The fourth round – also for LE – is called “Final” and incorporates a flat tipped bullet with lead pellets, which provides an almost instantaneous incapacitation for high-risk targets such as suicide bombers. 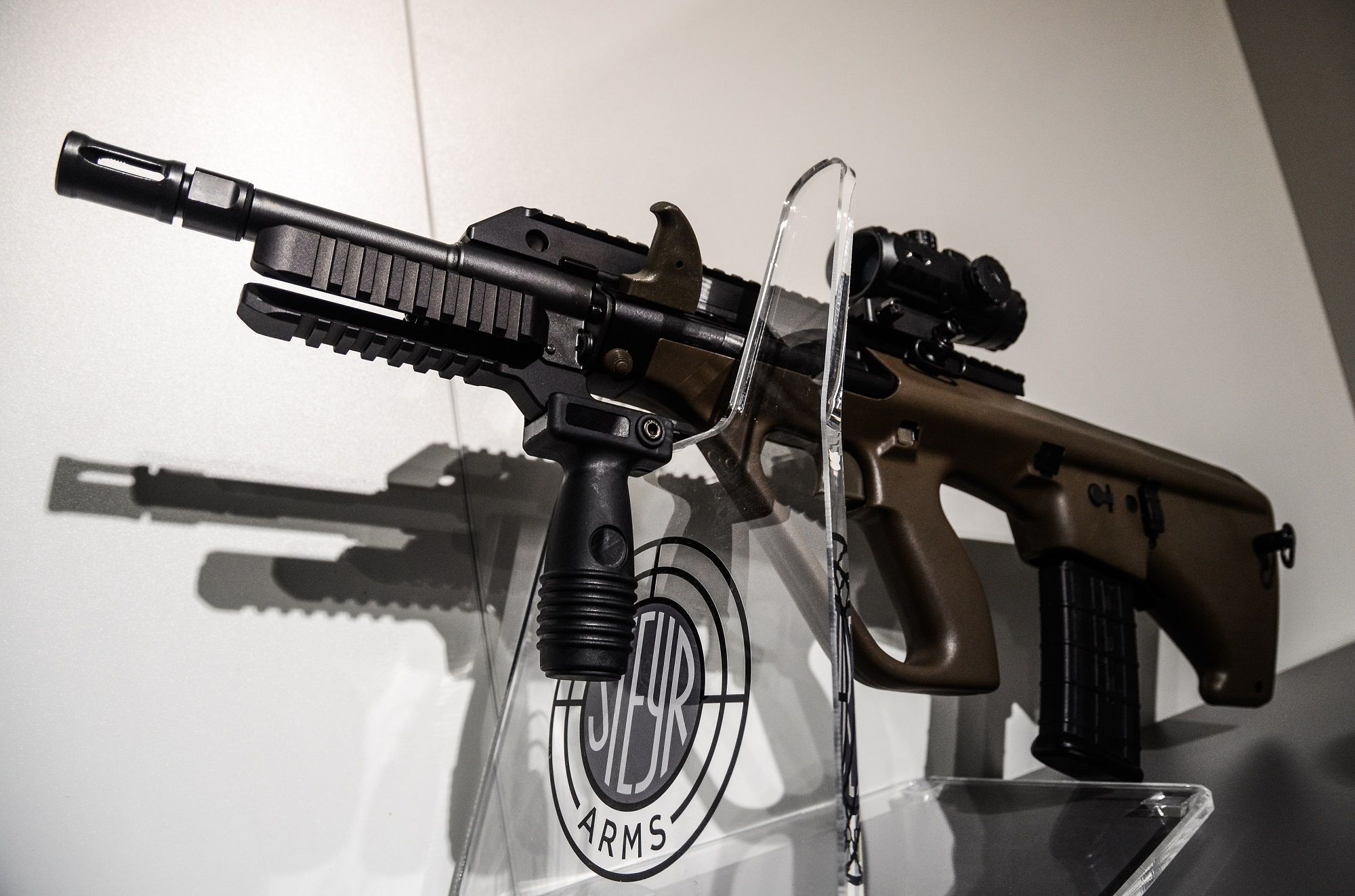