VBS4 22.1 offers a number of significant enhancements for customers. These include improvements to the way the system represents snowfall; enhancements to the accuracy and realism of thermal imaging representations; a Close Air Support training module; support for Nvidia’s DLSS artificial-intelligence rendering technology; support for importing terrain data, including maps and 3D photogrammetry, from Microsoft’s Bing application programming interface; and 60 new content modules that feature detailed renderings of specific nations’ military and emergency-services equipment and personnel.

The CAS training module allows trainees to run through the correct procedures mandated by different CAS protocols. It can be integrated with the extant VBS CFF (call for fire) functionality and will enable trainees to practice joint fires operations. The CAS module allows for the use of every fixed and rotary wing platform in the system’s library.

“With the new VBS CAS and the VBS4’s built-in VBS CFF, VBS4 has an organic Joint Fires Capability,” said Richard Brake, BISim’s VBS CAS product manager. “This not only enables the trainees to create a more complex scenario but enhances their ability to use those resources they normally don’t have access to. As an Instructor/Operator, I appreciate the ease of use of the system as a whole, but the greatest advantage is the ability to run multiple Instructor/Operators to scale up in echelons and have separate Fire Cells and Air Cells to coordinate with.” 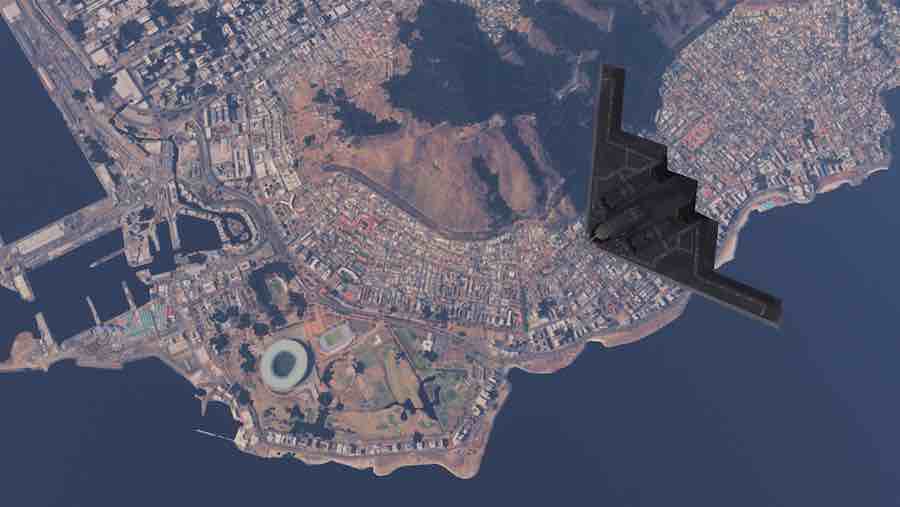 Geospatial information from Bing can be integrated into user simulations. (BISim)